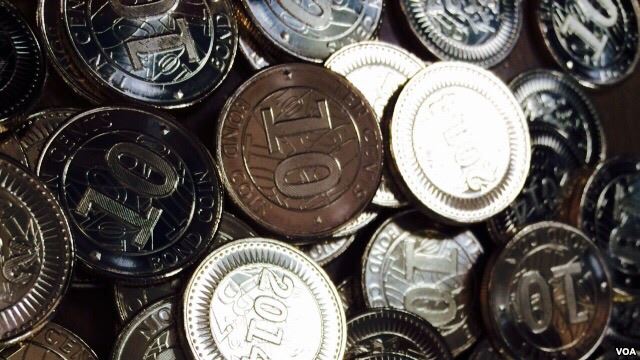 Reserve Bank of Zimbabwe (RBZ) Governor Dr John Mangudya says coins remain legal tender and where one has large quantities they should deposit them with banks and get bigger denominations.

He, however, admitted that the coins and smaller denominations were fast being eroded by high inflationary levels.

This is due to the rejections of coins by mainly, commuter operators, fuel service stations and informal traders.

“Because of inflation, when money becomes bulky to carry, it is no longer possible and convenient for the public to use; so they are rejecting it because it is now bulky. It means those small coins should be used for small change purposes,” Mangudya said.

The coins being rejected are the 25 cents and 50 cents units, but fears are that the $1 could soon meet its unfortunate fate whereas the biggest denomination is $5.

Economic analysts recently called on the RBZ to introduce larger denominations before the back market takes advantage of the increase in cash shortages to up premiums on mobile money transfers.

Mangudya noted that it was senseless to withdraw coins from the bank because they are for change. However, most banks are issuing out the small coins, raising a public outcry.

“It (small value coins) should not be for people to withdraw from the bank because it does not make sense. All small value coins are supposed to be for change; so they have not been decommissioned; they are still legal tender,” he said.

The Reserve Bank alleges that it has $880 million in circulation, against a requirement of $1,9 billion to $2,5 billion.