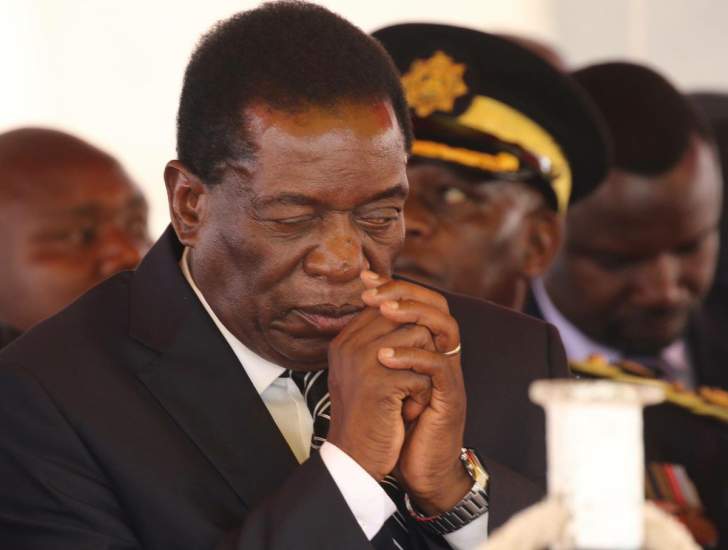 A post-election report by the United States based International Republican Institute (IRI) and the National Democratic Institute (NDI) has once again exposed the shortcomings of the July 30 harmonised elections, throwing the legitimacy of President Emmerson Mnangagwa into question.

In its report, the IRI/NDI, an independent international observer mission led by former Liberian President Ellen Johnson Sirleaf and former Interim President of the Central African Republic, Catherine Samba-Panza said there are “deep concerns” that the 2018 electoral process “has not made the mark”

In the Mission’s view, therefore, the Government lacks democratic legitimacy.

“Zimbabwe’s 2018 harmonized elections presented the country with a historic opportunity to break with the past 18 years of political crisis and mark the beginning of a genuine democratic transition.

“(The Mission) notes several improvements to the electoral process compared to Zimbabwe’s past elections, though equally important shortcomings give rise to deep concerns that the process has not made the mark.

“Incremental improvements in the electoral environment during the pre-election period were insufficient to establish broad confidence among the political competitors and Zimbabwe’s sharply divided populace,” says part of the report.

The mission covered the pre-election environment including election administration, voter registration, the nomination of candidates, voter education, the misuse of State resources, and the roles played by traditional leaders, the security sector, the media, and civil society.

The 14 member mission said although there were a number of positives from the elections, there were also several steps needed to be undertaken to ensure the credibility of the polls.

“The 2018 harmonized elections took place against a backdrop of an 18-year political crisis.  During that period, political space was severely limited and a series of fundamentally flawed elections were characterized by widespread violence and weakened public confidence in governing institutions and the electoral system.

“Extraordinary steps were therefore required to break with the country’s past, restore public trust, and set the country on a new trajectory.  For the 2018 harmonized elections to be broadly viewed as inclusive, transparent, and accountable, the election process needed to do more than adhere to the letter of the law, show more than just incremental improvements, and result in more than a generally peaceful outcome.”

The mission made a number of recommendations to  ZEC where it said the election management board should ensure that the design of ballot papers is consistent with the Electoral Act and regulations Prevent the misuse of assisted voting.

“Develop a voter education strategy which loosens ZEC’s control of civil society’s voter education efforts, in line with international covenants on citizens’ right to information. Clarify the voting processes for those on electoral duty. ZEC should provide data on the participation of marginalized groups such as women and the disabled in the election process,” it said.

Furthermore, ZEC was urged to adopt and publicize transparent procedures for the tabulation, transmission and announcement of results.