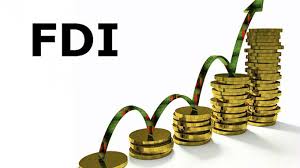 Too much government interference into various investment projects by prospective suitors has left the country counting massive losses amid lackluster investment flows, 263Chat Business can report.

Last year Zimbabwe recorded US$ 754 million worth of foreign direct investments despite investment proposals amounting to over US$ 3 billion in the first half of the year alone.

However, positively, this was nearly double the amount of FDI the country received in 2017 of US$ 349 million but worryingly, the figures still fall far below its regional peers such as South Africa which received US$ 5.3 billion in 2018, according to the 2018 United Nations Conference on Trade and Development (UNCTAD) World Investment Report.

“Part of the reason why Zimbabwe is failing to attract investment is due to bureaucracy in various government departments or state entities responsible for licensing and approving investment enquiries. Red tape on licensing further compounds the country’s ease of doing business which is already poor,” economic analyst Victor Bhoroma said.

The World Bank’s 2018 annual ratings rank Zimbabwe 155th out of 190 economies in its ease of doing business index.

“The country had investment commitments worth more than US $20 billion in 2017 and 2018 but FDI inflows could not eclipse US$349 million and US$745 million respectively,” added Bhoroma.

In the past decade or so, there has been considerable investment interest in the economy but owing to a combination of deterrent policies such as the recently scrapped Indigenization policy and government involvement in the prospective deals, capital inflows remain extremely low.

In 2015, Nigerian tycoon, Aliko Dangote expressed interest in the country’s coal and power generation projects but was frustrated by  then President Robert Mugabe‘s administration intervention into the deals.

Dangote later dispatched an advance team in April of 2018, to pursue interest in the US$ 1.5 billion mining and power generation project under the new administration of President Emmerson Mnangagwa based on positive sentiment but nothing has come out of it to date.

There are fears that the brutal events that unfolded in the few months that followed post-election could have further stained the government’s image.

Other home grown investments have also been frustrated by bureaucracy with examples such as Kwese Media having to end up setting its base in Kenya and Astro Mobile setting up a plant in Zambia.

Analysts have criticized too much government involvement in the investment negotiations which is widely feared to be leading towards investor-flight given rampant corruption in public offices.

Instead, there are growing calls for the country to shift towards inward investment promotion to complement FDI.

In South Africa for instance, investment figures surged largely because of intra-company loans and equity inflows, which do not necessarily need government interference.

With the government already well on course to establish the one stop shop investment centre through the promulgation of the Zimbabwe Investment Development Agency (ZIDA) there are high hopes investment proposals can now be speedily processed and avoid the perennial anti-climax of a huge mismatch between investment proposals and the actual investment on the ground.