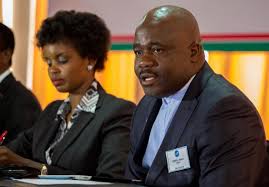 The CEO Africa Roundtable has managed to superintend over US$300 million worth of investments in sub-Saharan Africa in the past two years and seeks to spread its influence into the North African region, 263Chat Business reports.

The organization is a platform for regional chief executives and other business shapers to interact and transact with the intention of strengthening the African business thrive on the global market.

“We celebrate the fact that our membership continues to grow. We are now present in countries in the sub-Saharan Africa and we are making inroads into North Africa. Our program certainly enhances the ability of the CEOs to make critical management that enhances the growth of their companies, that value adds their market and induce productivity,” Bimha said.

Investment mobilization in the region has mainly been government driven, a situation that has slowed Africa’s private sector growth.

The success story comes at a time focus is being shifted towards influencing the industrialization agenda among regional business influencers at the upcoming CEO Africa Roundtable summit slated for 18-21 March this year in Victoria Falls.

The initiative has been widely applauded for being pivotal in providing an alternative to private sector in mobilizing investment and sharing ideas.

The platform is going to roll out mentorship programs for young CEOs running smaller portfolios to insure that they are mentored by experienced ones.

Speakers at this year’s event will include Njeri Rionge co-founder of the Wananchi Group, East-Africa’s leading Telecommunications Company, Veli Ndaba, a business coach consultant, Zimabbwean opposition leader Nkosana Moyo and many others from the academia and business.