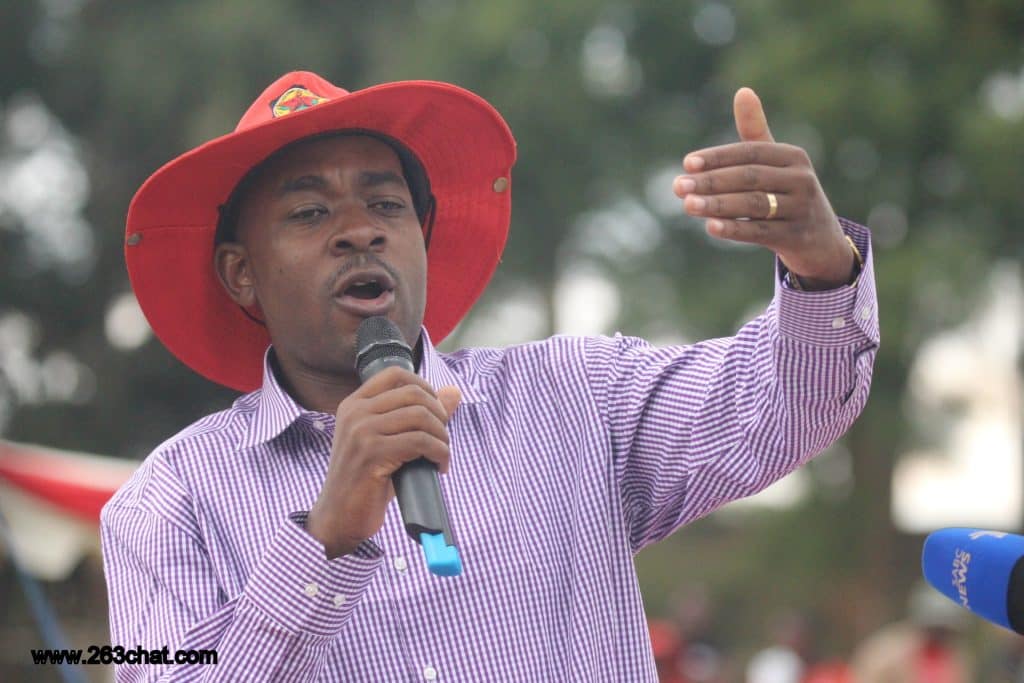 Movement for Democratic Change (MDC-T) President Advocate Nelson Chamisa on Tuesday vowed to restore workers’ dignity amid concerns over alleged government’s hostility on civil workforce as exhibited by the recent stand-off with nurses.

Addressing thousands of workers and members of the public who attended the May Day commemorations at Dzivarasekwa Stadium in Harare, Chamisa expressed disappointment over President Emmerson Mnangagwa led administration’s hostile approach towards workers.

“The government’s absence from this commemoration is an indication that they have abandoned the agenda of taking the country forward. Zimbabwe cannot be opened for business when it is closed for its workers,” said Chamisa.

“With the situation that faced our nurses recently, harmonization of labor laws to speak one language with the International Labor Organisations (ILO) stipulations have been always one of our top agendas so that a worker regains a deserved dignity in a Zimbabwean society,” added Chamisa.

He vowed to stabilise the country’s cash crisis saying Bond Notes will be phased out as soon as he assumes power after the elections slated for July this year.

Zimbabwe Congress of Trade Unions (ZCTU) President, Peter Mutasa had no kind words for government’s stance on workers saying as a workers body, they are disappointed by the absence of the Ministry of Public Service at the Workers Day commemorations.

“They shy away from the event because they have nothing to offer to workers,” said Mutasa.

This year’s Workers Day commemorations were held under the theme, “Uniting Workers for Social and Economic Advancement”.