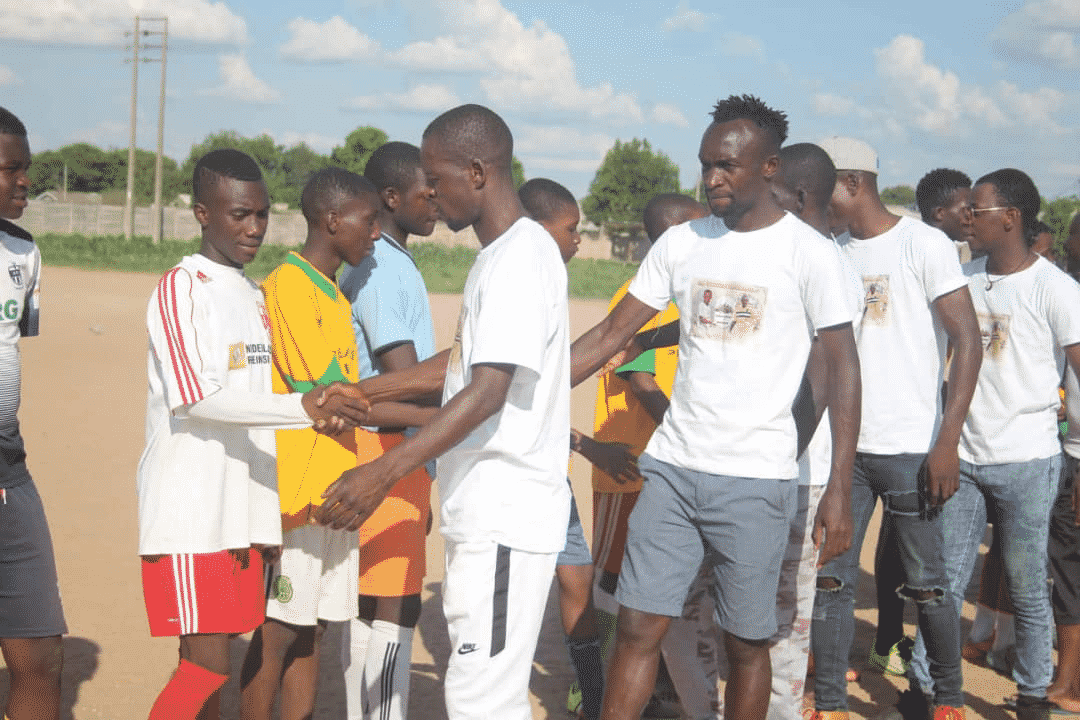 Chitungwiza residents were treated to a day of entertaining football in the Raphael Kawondera/Ngoni Murisa Memorial U18 Soccer tournament held at Zengeza 2 ground.

Raphael and Ngoni passed on when they were still playing competitive football.

Kawondera played for Flame Lilly while Murisa turned out for Blue Jets, both teams plying their trade in the unfashionable world of Division One.

Apparently both players were twin brothers to the reigning 2019 Soccer Star of the Year 1st runner up Ralph and Blue Swallows left back Charles Murisa. Ngoni and Charles are young brothers to football legend Stewart “Shutto” Murisa.

A total of eight U18 team splaying in the Zengeza-St Marys Junior League playing took part in the knockout matches which was finally won by Young Stars after dismissing Zengeza Busters 3-0 in a pulsating final. The final, gave the organizers much homework as they now ponder to have the event held annually.

“We never anticipated to have such a high turnout and entertaining football and we wish to have the tournament held yearly. The commemoration has shown that Raphael and Ngoni were loved and adored in the community,” said the event coordinator Knowledge Chingwecha.

Ralph said he was humbled by the huge attendance and thanked the sponsors for making the day a success.

“I am grateful for the support the event got from the sponsors and the community. The tournament has shown that our brothers were loved and adored and this alone is a great inspiration and motivation to the youngsters.

“I am also happy that the event got support from players in the Premier Soccer League as well who are with us today and they do serve as an inspiration to the young footballers,” said Kawondera

Ralph saluted his team mates from Triangle and other clubs who came to the occasion who included Russell Madamombe, Anold Chivheya, Chang Marion, Collins Duwa (all Triangle), Francisco Zikumbawire (Black Rhinos),Kelvin Shangiwa (Harare City) and the owner of Herentals FC Innocent Benza, who sponsored the event together with young entrepreneur Nyasha Dzvanya.

Stewart added that the community shared their grief and sorrow to the death of the football stars judging with the attendance the event got. “We have seen that the community like football and to make it an annual year end event will be a fitting tribute to our departed brothers.”

After the U18 final of which the winners were presented with gold medals and a trophy and the second best team walked away with silver medals.

The day was wrapped up with yet another entertaining match pitting Zengeza Legends and CA Legends which end in a nill-all draw.

The crowd got time to mix and mingled with the current footballers some even aging them to frequently come and share football skills with the youngsters.

One resident Garikai Chikuku said, “This has been a great moment for me and I think the young players have learnt a lot from their older brothers. Hopefully the organisers will come up with yet another event of this magnitude that brings new school and old school together.”

Kasuza, Masvaure, Ervine hit fifties to give Zimbabwe a…