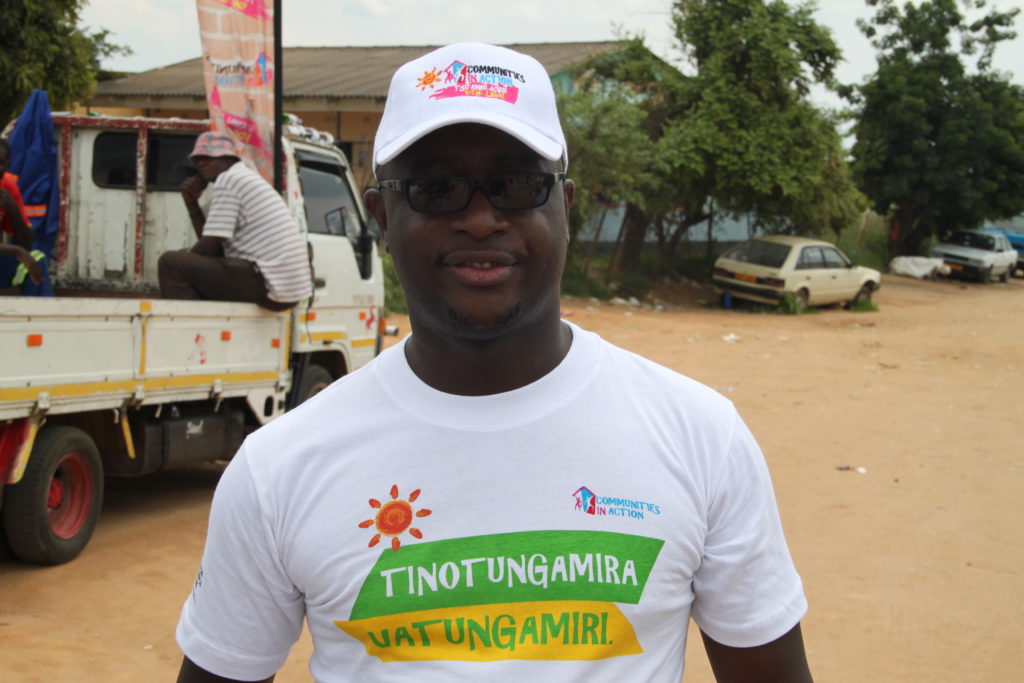 COMMUNITIES should engage with their leaders in decision-making and planning developmental issues, Election Resource Centre has said.

Election Resource Centre (ERC) director, Mr Tawanda Chimhini, said this recently during the organization’s launch of the Communities in Action programme in Domboshava. He said the main aim of the programme is for communities to have their contribution and say to their respective leaders and that leaders should open a platform through which people they lead can contribute towards development.

“Communities in action is an initiative that encourage leaders to work with residents in building communities,   we came up with this initiative after realizing the gap between communities and their leaders,” said Mr Chimhini.

“Our organization is advocating for people‘s rights in decision making and facilitating them with opportunities to address the challenges they face with their leaders. In launching this programme we believe that there is going to be good relations between leaders and the people they lead in discussing development issues. Our mandate as an organization is to break the silence between leaders and the communities they lead. The relationship between a community and its leader must be cemented by discussions that lead to development especially community development. We expect that leaders including Village heads, Councilors and members of parliament should give communities a platform for them to discuss various problems they face and their prospects. When it starts at community level it will even rise up to the development of the whole country. There are some leaders who only appear before their communities when they are looking for votes but after winning the votes they will just vanish, leaving their promises unfulfilled. With Communities in Action, we are saying let the community ask their leaders about those promises they make and that leaders should be answerable.”

Mr Chimhini said they are going to visit all the ten provinces in the country implementing the just launched programme. He said their mandate as an organization is for communities to participate in local governance and that communities must come up with their manifestos that ought to be considered as well by their leaders. He conceded that this will lead to development as problems are identified at grassroots level purporting that most leaders do not know every problem that affects every member of the community.

In an interview with 263Chat Tapiwa Chonyera (43) of Ward 2 in Domboshava said that he supported the initiative since they were facing some problems that were not recognized by the local authority.

“We seldom have dialogue with the local authority especially on developmental issues and the problems that we face. I believe this programme has come as a blessing to us as it closes the gap between us and our leaders. For example in Domboshava our concern is on the number of schools that have A’ Level classes. We have been complaining about this for so long but the problem is that we did not have a platform to meet our leaders. I think the Communities in Action initiative is the best way we can let our voices heard pertaining to the problems that we are facing,” said Mr Chonyera.

Mr Chonyera went on to say that there were other problems that needed more attention if communities were to engage with their leadership. He said these included the plight of children walking long distances to and from school. He said some children were opting for long distances due to exorbitant fees demanded by nearby schools. Hence he said this needs community engagement with the respective leaders as instigated by ERC.

Ward 2 Councilor, Mr Thomas Ngwerume also embraced the initiative by ERC saying that as leaders they need community engagement since they do not know some of the problems their communities face.

“Not all the problems the communities’ faces can be known to us if we don’t engage them. As leaders including the traditional leadership we need to give stage to the communities that we lead so that they can improve their communities through their contributions when we sit in various meetings with them. If we engage the community they will also help us come up with noble ideas about community development since they are the once who own the community more than we do as leaders,” he said.