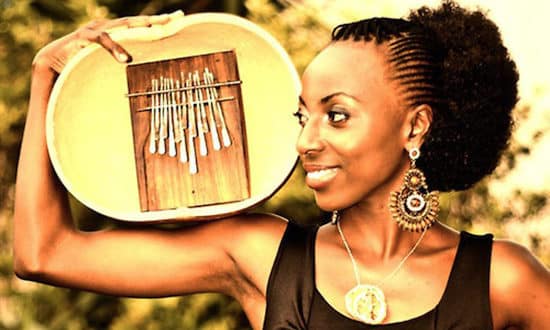 Zimbabwe Musicians Union (ZMU) President, Edith WeUtonga has bemoaned the exclusion of female artists from performing at major shows saying they always have to fight to be part of any line up despite being good performers at the international stage where they are well recognized.

Women musicians were conspicuous by their absence on the line up of artists who performed at the 30 Billion Concert. As if that was not enough, Thomas Tafirenyika Mapfumo’s Bira set for this weekend only saw Diana Samkange being included after an outcry on national radio and social media.

In an interview with 263Chat, Edith WeUtonga expressed concern that women still have to fight for recognition and pull strings to be noticed and considered for shows.

“Diana Samkange was only included in the lineup after we spoke on radio, commenting on Facebook, they never consider women when they come up with these line ups, to make it you have to go through someone who can pay for you, be it a father or manager,

“Women are doing really well and are recognized outside Zimbabwe as people who can be part of a line up, I am included in international lineup but in my homeland I am not considered where my music qualifies,

“Another sad realization is that we still have a patriarchal way of thinking, when people are planning they don’t think women can be a part of it, someone from the National Arts Council even said women should do their own things and not wait to be called to the platform,” said WeUtonga.

She added that Zimbabwe has great female musicians, who can be considered for shows for example Hope Masike, Tariro NeGitare, Selmor Mtukudzi to name a few.

Speaking yesterday at the World Intellectual Property Day Celebrations in Harare yesterday, Mbira queen, Hope Masike opened up about how she has been in the music industry for 10 years now but nothing to show for it.

Masike called for a national policy that promotes a level playing field in all sectors including music, making specific reference to Mukanya’s Bira which did not have a female musician before they later roped in Diana Samkange.

“I have been celebrating 10 years in the Zimbabwean Music Industry, a huge blessing it is, however in celebrating my efforts I soon found myself depressed, discouraged and damaged. 10 years later what did I have to show for all the hard work,

“10 years later I was still struggling with medical bills when I had a problem with my voice, 10 years later I am Hope Masike,a name quite few would quickly recognize with a smile on their face,

“In addition the return of one of our music luminaries Dr Thomas Mapfumo which has no female in the line up, this shows that we need a national policy to propel weaker groups of society and advocate for level playing fields everywhere,” said Masike.

“I cannot comment for other promoters but as 2 Kings we support everyone,” he said.

Similar case happened with Takura’s album launch, KikkyBadAss was only included in the lineup of artists after complaints that there was no female hip hop artist as a supporting act.