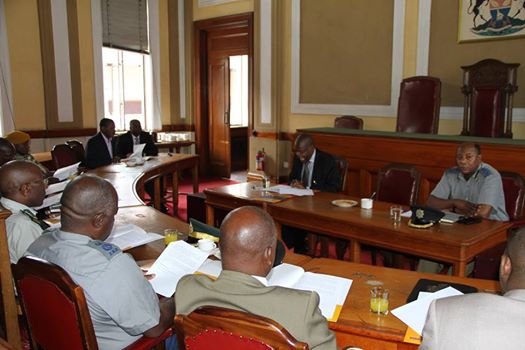 The City of Harare will from Monday next week start issuing tickets to individuals and shop owners who throw litter outside undesignated points.

This was revealed by the City’s Chief Security Officer, Dr. Collen Tongoona. He said shop owners or business operators found with litter on their frontage will be issued the same ticket.

“We have the Harare anti-litter bylaw of 2016 and this bylaw need to be enforced as specified by the bylaw. For example section 4:1 says no person shall deposit or abandon or cause or permit to be deposited or abandon any form of litter in a public place,” said Dr. Tongoona

He said the City fathers will authorize municipal police to issue tickets to those found on the wrong side of the law.

Dr. Tongoona said the ticketing will also be issued to shop owners if they are not taking care of adjacent pavements.

“Premises owners are going to be affected because of the road maintenance bylaw of 2016. If we find litter or you are not taking care of the pavement we are going to issue tickets” he said

He said Municipal police will work with the Environmental Management Agency to ensure that the bylaw is enforced.