By Lovejoy Mutongwiza Last updated May 24, 2017 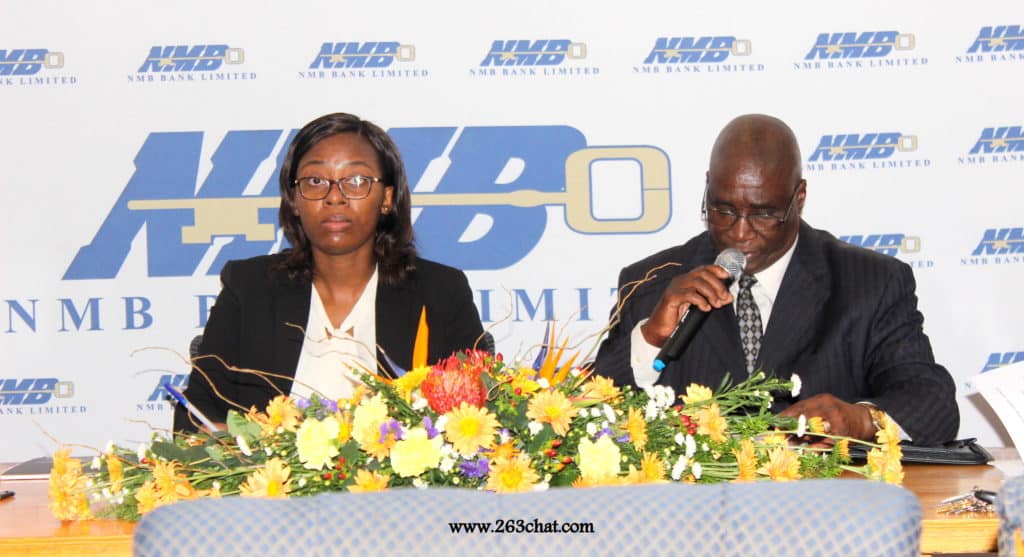 Increased operating expenses for the first four months of 2017 have shadowed NMB Holdings business performance with the company hoping to improved inflows from the good 2016/17 agricultural season.

He added that NMB also secured a $5 million credit line from a regional finance house for on lending to the productive sector, including small to medium enterprises.

“On 17 May 2017, a regional finance house approved a $5 million line of credit and the line will shortly be available for drawdown by productive sector clients including SMEs,” said Washaya

NMB Bank’s loans and advances for the four months to 30 April 2017 marginally dropped by one percent to $202.3 million compared to December last year.

Total deposits rose by two percent to $262.4 million on the prior comparable period, with cheap demand deposits contributing 58 percent.

The bank’s half year performance will be ahead of last year because of improved inflows from tobacco and less pressure from grain imports.

“Barring a significant deterioration in the economy, we expect 2017 to surpass the 2016 performance as we are currently operating above our budget,” said Washaya.

Dwindling aggregate demand, company closures, retrenchments , nostro and cash challenges are some of the factors putting pressure on borrowing customers,.

“There is however a big relief brought about by the good 2016/17 agricultural season due to good rains received in most parts of the country and the government’s agricultural interventions in the current season.

“The likely impact of this will be improved inflows from tobacco and less pressure on grain imports,” added Washaya.