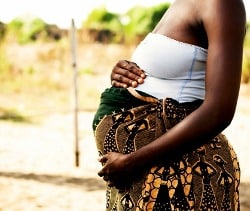 With abortions outlawed in the country, illegal backyard abortion clinics are using assorted concoctions to terminate pregnancies of desperate girls and women and the practice is rife in high density suburbs where medical imposters are performing illegal abortions.

Investigations by 263Chat led to a quack doctor Chipo Chivasa from Epworth who revealed how she conducts abortions.

“I make use of herbs such as gavakava (aloe vera) and also pills such as mifepristone and misoprostol commonly known as cytotec,” said Chivasa

The backyard clinics are endangering the lives of young women and girls with many succumbing to post abortion effect due to lack of professional care. Chivasa says stigma associated with an unwanted pregnancy leads young girls to take extreme measures.

“Most of my clients are young girls who for fear of family backlash after being dumped by their boyfriends they resort to abortion. Infidelity is also a major contributor with married women coming to get rid of pregnancy after conceiving outside their marriage,” Chivasa said.

When Sixteen year old Evelyn Mashanda fell pregnant during the COVID-19 induced lockdown she decided to get rid of the pregnancy after her boyfriend denied responsibility.

“After realising that I am pregnant, I told my boyfriend but he told me to get rid of the pregnancy because he was not ready to be a father, because I did not want to embarrass my parents I secretly sought the help of aunt Chipo who administered traditional herbs to me. I was three months pregnant then. A few minutes after I took the concoction I started feeling severe pains and bleeding. It was a horrendous experience. I regretted why I had embarked on aborting because it almost took my life,” Mashanda said.

Despite complaining of pains after the procedure she has not sought for medical assistance.

“There are times that I have stomach pains to the extent that I can’t move or sit until the pain goes. I cannot go to the hospital. My fear is it will expose what I did,” she added.

Another abortionist who uses a South African mobile number +27 739611440 said it will cost US$200 to terminate a pregnancy without side effects.

“You pay your USD200 via Mukuru and I will send you the medication, just send me your address. I will give you pills and it will come like a miscarriage. The pills are effective and no side effects.” said the abortionist who identified as Vicky.

Pretending to be a potential client we were directed to another abortionist in Mbare who gave us a traditional concoction upon payment of US$25.

The clandestine activity involves health professionals from the country’s hospitals and traditional healers with charges pegged at a sliding scale, usually a minimum of US$20 depending on the stages of the pregnancy.

The most common pill that the abortionist use is cytotec which medical experts say is an over the counter pill and is used to induce labour or cause an abortion as well as treat stomach ulcer.

At times some abortionists use extreme ways to terminate the pregnancy by using coat hangers and fire tongs to remove the foetus.

“Such unsafe methods are associated with complications that range from infections (pelvic inflammatory diseases, pelvic abscesses septicemia and septic shock), hemorrhage, uterine damage (perforations), in extreme complications death. Most delay seeking medical help and present late when nothing much can be done to change. Most are faced with failure to conceive in future as a results of these complications,” said Dr. Ngwaru

Obstetrician and gynecologist Dr. Joyce Mukweva said an overdose of cytotec has many side effects due to non-compliance with protocols.

“Cytotech is prescription drug so no one should access it without a prescription. It is illegal to terminate a pregnancy without approved court papers or reason started in the laws of this country such as rape. Drug overdose has many side effects including excessive bleeding diarrhea shivering stomach cramps.

“Disadvantages of administering without following the protocols include the side effects and lack of follow up. The woman may remain with products of conception which will later cause sepsis or even death. Follow up scans and medical care as well as antibiotics will need to be given. The drugs can cause heavy bleeding and death from shock.

“If an abortion is effected, woman is given antibiotics and contraception to prevent another unwanted pregnancy. A review after a week or two to check for complications such as infection. Effects of late post abortive care is severe sepsis which may result in death. Chronic pelvic infection which could result in future subfertility from blocked tubes. General ill health from complications such as anaemia,” said Dr. Mukweva

Dr Ruth Labode, the chairperson of the Parliamentary Portfolio Committee on Health and Child Care, recently told Parliament that as much as 80,000 illegal abortions take place in Zimbabwe annually.

“Illegal abortions in Zimbabwe have increased from 60 000 to 80 000 per annum – which is very unsustainable,” Dr. Labode said, as she argued to a review of Zimbabwe’s Termination of Pregnancy Act, which was passed in 1977.

“Adolescents often face a multitude of challenges in obtaining sexual and reproductive health services, including social stigma, judgmental attitudes of health care providers, financial constraints and lack of information. Adolescents are a diverse group; their sexual and reproductive health needs and ability to meet those needs vary based on their life circumstances, including marital status and urban or rural residence.

“Barriers that keep adolescents from meeting their sexual and reproductive health care needs put these young people at risk for unintended pregnancy and increase the chances that they will need to seek an abortion. While adolescents account for almost one-quarter of the female population in Zimbabwe, little is known about their experiences with abortion.” noted the Institute.

With the worrying data activists have called for a comprehensive evaluation of the Termination of Pregnancy Act in order to save lives.

*This story is published under the Voluntary Media Council of Zimbabwe (VMCZ) Investigative Journalism Fund with support from the European Union.