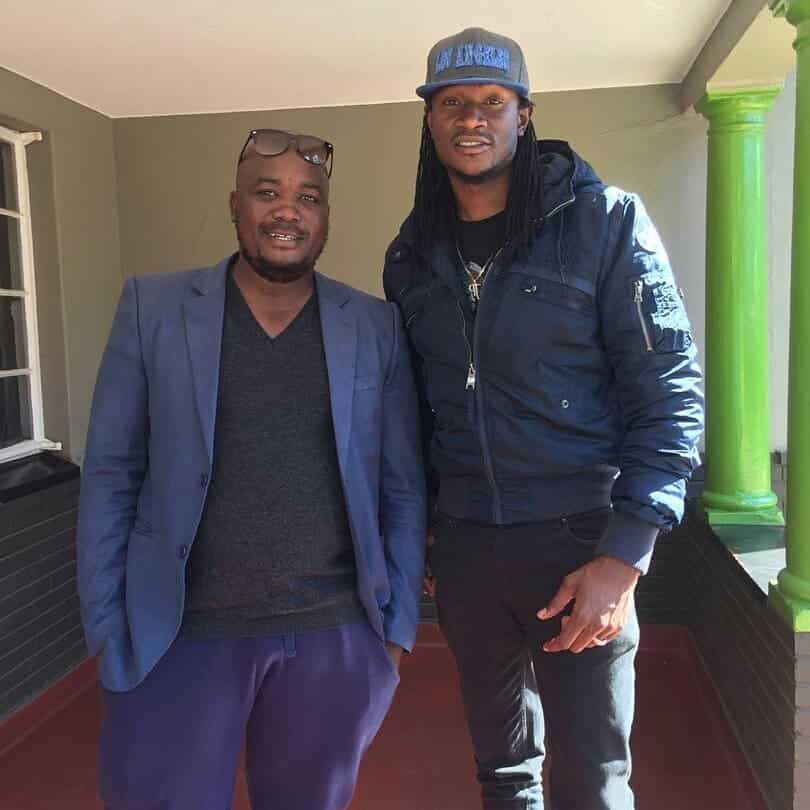 From the onset, gospel musician, Mambo Dhuterere never minced his word about how grateful he is to Jah Prayzah for helping him breakthrough in the music industry and it seems he can’t thank the Kutonga Kwaro singer enough.

Dhuterere has once again taken to social media in a lengthy caption to a photo of Jah Prayzah thanking the singer for the hospitality he gave him while making baby steps into the music industry.

Wrote Dhuterere, “The way yandaibatwa ne this guy ndisati ndava ne mbiri l haven’t yet met any public figure ati andibata that way ndatova ne mbiri, even inini am failing kubata vanhu the way he did to me no matter how l try being new in industry Jah Prayzah na Mathias Mhere guided me at most. One day l will tell you all.” (Popular as I am now, I’m yet to meet a public figure who has accommodated me the way Jah Prayzah did before I was popular. I’m even failing to show others this love and guidance I got from Jah Prayzah and Mathias Mhere)

He added that it is through Jah Prayzah’s guidance that he manages to suppress his ego.

“Now kana ndavakuda kukura msoro l just think kumashure kuti kana Jah ne mbiri iya aindiitira izvi so what am l doing. (today, whenever pride starts getting the better of me I always think to myself and say, why am I becoming this bigheaded when Jah Prayzah, with all that glory ,did this big for me)” Dhuterere wrote.

Responding, a deeply touched Jah Prayzah appreciated the gesture highlighting that he vowed to help as many artistes as he can after having broke into the spotlight through the assistance by others as well.

“Mambo Dhuterere ndapererwa nemashoko. Thank you my brother, when you land a hand it’s best to do it without expecting a thank you in return but when you do get it, it’s more special than anything in the world. Kusvikawo pandiri ndakabatsirwa nevakawanda and I told myself I will do all I can to help others when I can.

“You have done many amazing works over the years and have built a solid brand for yourself. Keep going my brother, I know Mwari vacharamba vachikurangarirai because nesu tave kuwedzera kumurumbidza kubudikidza nemashoko enyu,” Jah Prayzah said.