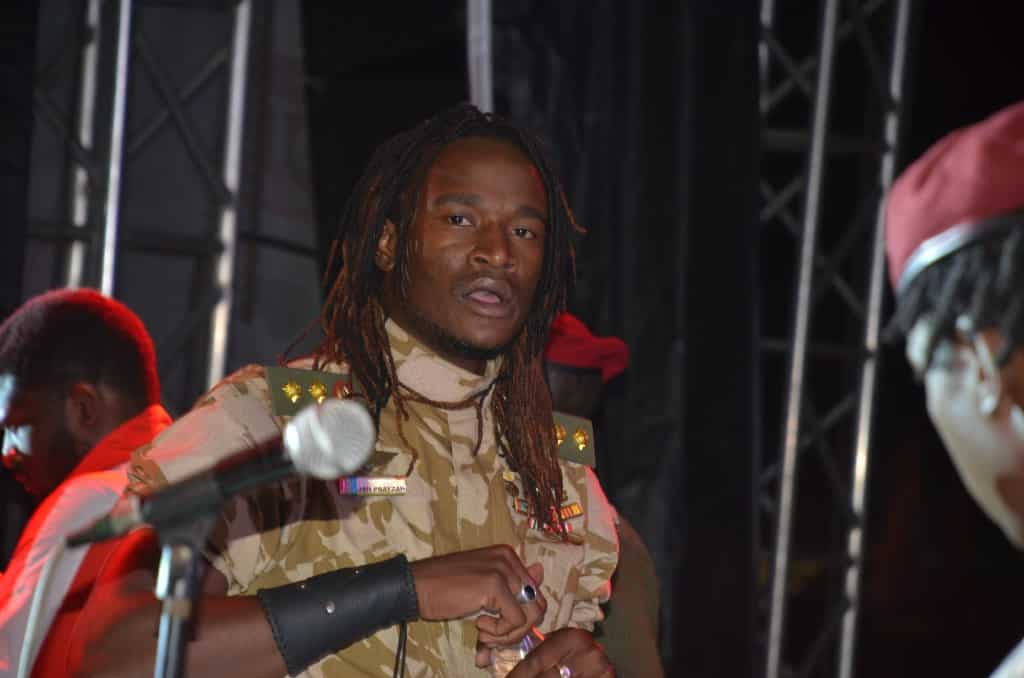 Social media went ablaze on Tuesday as videos of man of the moment Jah Prayzah being attacked and running for dear life at the burial of his late security chief made rounds on Whatsapp and Facebook. The’ Kutonga Kwaro’ hitmaker post on his Military Touch Movement’s Facebook page saying, “Sticks and stones may break my bones but Zimbabweans will heal me I love you Zimbabwe,” could be seen as his attempt to quickly get over the shameful act that has continued to dominate headlines including spilling into parliament.

The post was received with mixed reactions with some fans showing very little or mo remorse with the lanky musician who is currently the hottest artist in the country.

Typical of Zimbabweans, some are finding humour in the predicament and have come up with phrases like ‘Jah Bolt, ’speed three graves per second,’ game of stones, among others.

Some fans’ attention has been drawn back to his past altercation with former dancer and backing vocalist, Gonyeti who unceremoniously left Third Generation accusing his former paymaster of sexually abusing him.

However despite all the criticism some fans have stood by their icon and have been supporting him.

“Torai ma funeral policy musarova Jah godo ravo  we love you Jah” was Judith Chipungu’s comment meaning it was wasn’t Jah Prayzah’s obligation to help out at the funeral.

Meanwhile, Jah Prayzah has released his second video for the track Chengetedza off his new album Kutonga Kwaro and the video is doing well on YouTube where it has been trending on number one. The video which was shot in South Africa is a continuation of his duet with Davido of Nigeria.

Presidency Too Big For Tsvangirai- Busha