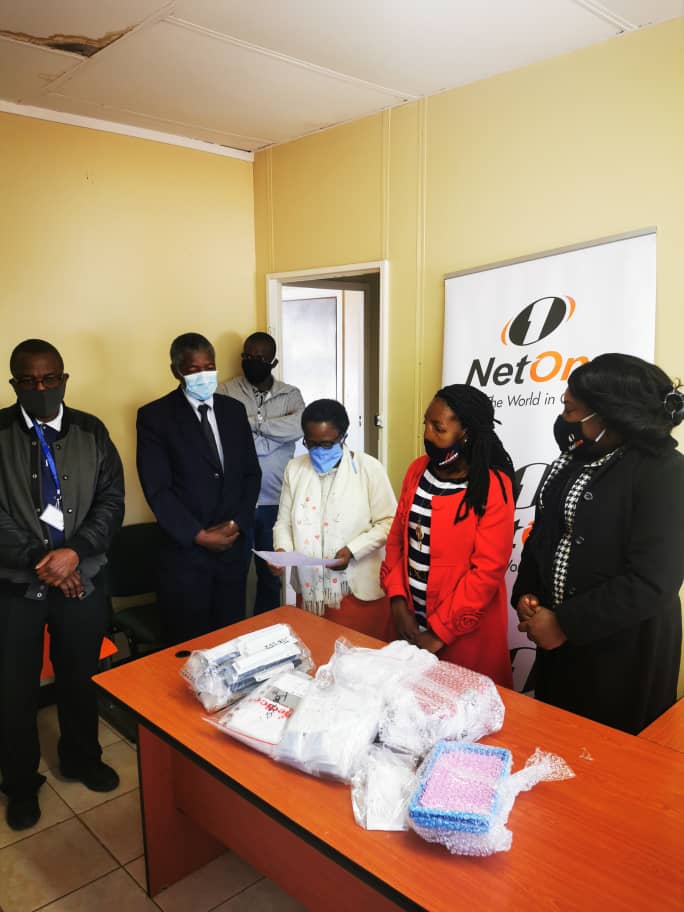 Telecommunications giant, NetOne today handed over surgical equipment worth R203 313 to the UZ Department of Dentistry and Oral Health Care at Parirenyatwa Hospital to facilitate a facial reconstruction surgery on 29 year old Taremeredzwa Mapungwana who is suffering from a rare condition known as Ossifying Friboma, which has seen her face largely deformed.

Ossifying Friboma is a tumor of odontogenic origin that exclusively develops in the tooth-bearing areas of the jaw.

In October 2004, after developing a ‘pimple’ as a teenager Taremeredzwa underwent surgery for the first time to remove the tumor but it later recurred and to date she has undergone a total of 16 surgeries to remove the stubborn recurring tumor.

The last operation resulted in her jawbones being removed as this was deemed to be an area where the tumor was highly prevalent, leaving her face largely deformed.

“NetOne gave Taremeredzwa an opportunity to fulfill her career aspirations when she joined the company initially as graduate trainee and is now working as a Products Officer in our Products and Innovation department,” NetOne Public Relations Executive, Eldrette Shereni said at the handover ceremony.

“Her story is not only touching, but resonates well with 2 of our key Corporate Social Investment Pillars, namely One Health which seeks to promote healthy lives and well-being for all in line with SDG 3; as well as One Care which focuses on philanthropic initiatives centred on vulnerable groups and individuals like Taremeredzwa who has a unique and rare condition,” she added.

The telecommunications firm set aside a total budget of US$ 57 000 to fund her facial reconstruction surgery and have used part of those funds in procuring the requisite equipment in order to facilitate the two surgeries she requires.

Dr. Fiona Makoni, Head of the University of Zimbabwe Department of Dentistry and Oral Health thanked the NetOne team for their kind donation and said, “This gesture is testament to the fact that whilst the country is seized with fighting the deadly Coronavirus that has befallen the world, there are other critical conditions such as Tare’s that still require due care and attention. I would like to extend our utmost gratitude for this kind gesture that will go a long way in capacitating the team to effectively conduct surgeries such as this one.”