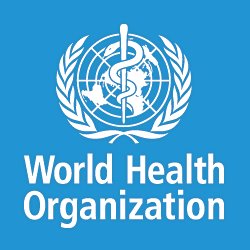 The World Health Organization (WHO) says the new variants of the coronavirus are currently winning the battle to curb their spread due to inequitable vaccine production and distribution which is threatening the global economic recovery.

WHO Director-General Tedros Adhanom Ghebreyesus recently said Africa was facing the biggest threat from the new infections yet vaccination was lagging behind due to slow distribution and production of vaccines limited to wealthier countries.

“We have just passed the tragic milestone of four million recorded COVID-19 deaths, which likely underestimates the overall toll.

“Compounded by fast moving variants and shocking inequity in vaccination, far too many countries in every region of the world are seeing sharp spikes in cases and hospitalization. New variants are currently winning the race against vaccines because of inequitable vaccine production and distribution which also threatens the global economic recovery,” he added.

The world is experiencing a surge in new infections driven by new variants, Delta, Alpha, Gamma and Beta, strains of the coronavirus first identified in India, United Kingdom, Brazil and South Africa.

WHO’s weekly report as at July 4 showed a 23 percent spike in new deaths in Africa, the highest in the world compared to a 7 percent increase in the Western Pacific and 6 percent in Europe.

Its data also showed that the Delta variant was in 96 countries and Alpha in 172 while Beta and Gamma have been confirmed in 120 and 72 countries, respectively.

Worryingly, many of the new cases include fully vaccinated people, calling into question the effectiveness of the current vaccines against the new variants.

Meanwhile the government announced a dusk to dawn lockdown as a measure to curb the spread of new infections with 2million vaccine doses expected in the country today.

New COVID-19 infections are reaching new peaks in the country, with 19 deaths and 809 new cases on Sunday, 33 deaths and 1 540 infections on Monday and 1 949 new infections and 28 deaths on Tuesday.

Yesterday, the Ministry of Health and Child Care reported 2264 new cases and 34 deaths.

Chief Charumbira In Contempt Of Court: A Timeline