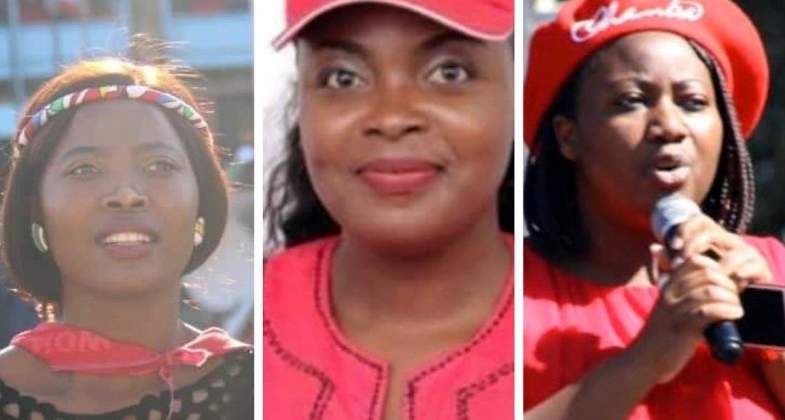 THE abduction and torture – including sexual violation, of three female fellow MDC Alliance activists sent chills down my spine.

And the government’s response to it was even more damning to our cause as women in politics.

That the custodians of our rights, as enshrined in our constitution, have moved to charge the traumatised trio – Joanna Mamombe, Cecilia Chimbiri and Netsai Marova for faking their abduction appears to be well measured to further shock and silence these and future abuse victims.

The message is clear though, Zanu PF and its government are heartless and wickedly vindictive.

They certainly are as lost to grace as the wickedest imp in hell!

As a Zimbabwean female opposition activist based in the United Kingdom (UK) and having earlier registered fears soon after the abduction, torture and assault of the three, the latest move has left me with no doubt that relocating back home would make me a target of this system’s abuses and excesses.

Unless something happens to stop this protracted abuse of women who stand up to an abusive system then their desire to drive women out of active politics will succeed.

As a woman who has refused to kowtow to every political whim by the ruling elite I can’t stop wondering about my own safety.

The development of this tragic drama has left everyone who closely follows Zimbabwe’s politics without a doubt about the lack of face of its ruling elites.

The three were arrested while demonstrating against hunger during the current lockdown in the country.

News of the trio’s arrest was all-over social media within hours and their lawyers started looking for them at the nearby police stations, including Harare Central police station.

He was to later recant on micro-blogging site – Twitter.

Obviously, this acknowledgement was going to frustrate their dark ploy to demonise the victims of their abuses as the world grapples with containing the Covid-19 pandemic.

They were clearly miffed at the flash anti-hunger demonstration that had happened to protest growing hunger pangs as people’s economic situation worsens under the national lockdown.

Efforts to contain this respiratory disease does not certainly deny us our rights as guaranteed by the national constitution.

And our people certainly retain their civil and political rights, including the right to speak to or speak out in the face of government neglect.

Government certainly does not have – even amidst the pandemic, an excuse not to meet its social obligations to its people who are suffering at the back of decades of ruinous policies and weather extremes in the form of Cyclone Idai and draught.

Millions of our people, even in economic hubs like cities – including the capital, need food aid and those youths who took to the streets of Warren Park were certainly within their rights to do so.

With the Zimbabwean economy largely informal, a continued lockdown in order to manage the pandemic was always going to be a challenge and as alluded by the youths, government seemed to be turning a blind eye on how they intended to assist the elderly, the sick, orphaned, disabled and other vulnerable members of the society  throughout the pandemic.

These three brave young women, including a legislator, Mamombe, are being punished for it.

To even then suggest that she, and her colleagues, who were brave enough to speak out against a gross sexual violation would lie about it and check into hospital for treatment could be lying against them is just gross.

So, the system’s claim of innocence has to be flushed down the drain to where it belongs.

The victims never refused to have their claims investigated but they certainly deserved someone other than the ones who abducted them in the first place to look into their issue which government blatantly refused to do.

Their forced disappearance was certainly enough shock and they certainly were in severe psychological trauma.

Several people have disappeared in Zimbabwe without a shred of trace.

Itai Dzamara who is one those who was allegedly abducted by state security agencies six years ago is yet to be accounted for and his wife and children are still in the dark.

As a woman, mother and wife, I can only imagine the pain his wife and children are going through to this day.

As a country, a national healing process and reconciliation will be a necessary step in rebuilding our society.

I long for the day political parties can co-exist in a democratic space, while human rights are respected. We are a broken country with broken people.

And our abusers are our own brothers and sisters. It’s so very sad. We however continue to fight to a better and more civil country in which citizens will not have to disagree with their leaders at the expense of their lives.

Sandra Kudenga is a trained nurse, political activist and an MDC-Alliance leader in the UK.