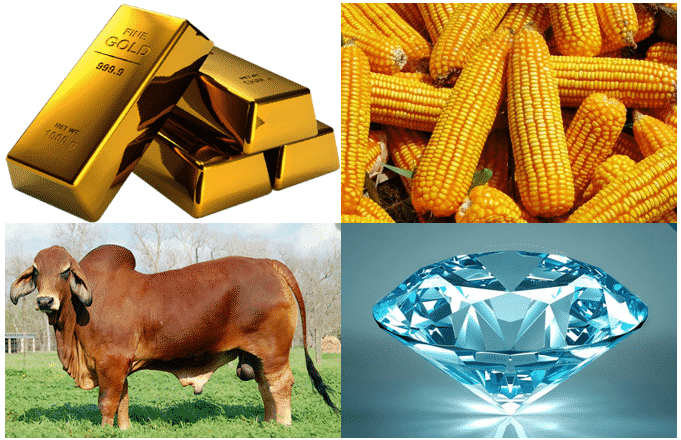 The recent revelations by the Zimbabwean government that the country loses over 30 tonnes of Gold (Worth around US$2 billion) to South Africa and other world markets, through smuggling every year are heartbreaking.

These revelations do not take into account other precious minerals such as Diamond and Chrome that have been subject to smuggling reports in the past. The admission points to systematic looting of the country’s natural resources and widespread loopholes in the centralized buying and marketing of key export commodities in the country.

The irony is that Zimbabwe has been going around the world pleading with International Financial Institutions (IFIs) and other trading partners such as South Africa, China, Russia, Botswana and the UK for a stimulus package close to US$2 billion to jumpstart the economy. The same can also be said about the country’s failure to service external debt worth more than US$8.5 billion or failure to set aside foreign currency reserves to cover for the country’s critical imports despite the abundant capacity in mineral and agricultural exports.

The government has also removed marketing subsidies for wheat and maize that were being provided to grain millers through the Grain Marketing Board (GMB) due to widespread corruption and abuse by the elite. The country requires 2.1 million metric tonnes of maize and 450 000 metric tonnes of wheat to adequately meet both household and industrial demand. However production for both has fallen below 40 percent over the past seasons due to droughts, government controls and uncompetitive prices, land tenure issues and other bottlenecks in the value chain.

It is therefore high time the government establishes commodities exchange markets for minerals and agricultural produce to improve transparency in trade, attract investment and provide incentives to producers of these commodities.

Commodity exchange markets are physical or virtual marketplaces for buying and selling of raw and primary products. Commodities are split into two types which are hard and soft commodities. Hard commodities are typically natural resources that must be mined or extracted such as gold, diamond, rubber and oil, whereas soft commodities are agricultural products such as maize, wheat, coffee, sugar, soybeans and livestock.

Commodity exchange markets are open markets where the government only establishes, determines and enforces rules and procedures for trading standardized commodity contracts. A typical example of such a market are the Tobacco auction floors which are regulated by the Tobacco Industry and Marketing Board (TIMB). The London Metal Exchange (LME) and the Tokyo Commodity Exchange (TOCOM) are notable examples of liberal markets dealing in metals and agricultural commodities. Closer home, the Ethiopia Commodity Exchange (ECX), Ghana Commodity Exchange (GCX) and the South African Futures Exchange (Which operates under the Johannesburg Stock Exchange) are some of the successful examples of commodity exchange markets that are driving trade in various commodities in the region.

Zimbabwe previously had a thriving Commodity Exchange of Zimbabwe (COMEZ), which was closed when the government gave the monopoly to buy and sell maize and wheat to the GMB in 2001. Currently various players are involved in contract farming arrangements, production and marketing of other agricultural commodities such as Soya, Cotton, Coffee and Tea, Sugar and Horticultural products.

The key challenge with the marketing of agricultural commodities in Zimbabwe is the aspect of price discovery as farmers often sell their produce at low prices that are determined by their desperation for cash or foreign currency and not the market price for their produce. Some farmers have also fallen prey to contracting firms that set very low prices on contracting or parallel market buyers that fleece them of their produce. Government interventions in setting producer prices in the waning local currency have also discouraged farmers and nurtured side marketing of agricultural commodities.

In terms of minerals, the Minerals Marketing Corporation of Zimbabwe (MMCZ) is the exclusive agent for marketing and selling of all minerals except for silver and gold. The Reserve Bank of Zimbabwe (RBZ) has the legal mandate to buy and sell all the Gold and Silver produced in the country. Both institutions have seen a massive rise in minerals leakages in the past few years as a result of resentment over low export retention thresholds, indiscipline by various middlemen and lack of confidence.

Zimbabwe racked in US$3.2 billion from mineral exports in 2018, a figure which represents 76 percent of the country’s official total export earnings. The government is targeting to increase mineral output to US$12 billion by 2023 at a time when smuggling of precious minerals is defrauding the country of billions in tax revenues and foreign currency.

Mineral exports in the first half of 2019 fell by 20 percent compared to the same period in 2018. There have been calls to liberalize gold buying through establishing buying centers in mining towns and to license other authorized buyers to ensure price competitiveness. It remains to be seen whether the government will take the recommendations on board.

Commodities exchange markets are pivotal in addressing most of the value chain bottlenecks being experienced in mining and agriculture at the moment. Critically, the exchange markets allow Zimbabwe to have open market systems (which enable price discovery) in the marketing of minerals and agricultural products that anchor the country’s economy. The economy is set to decline by more than 6.5 percent for the first time since 2008 due to foreign currency shortages and waning market confidence, among other reasons that hamper production.

Forward contracts in commodity exchange markets are pivotal in channeling foreign currency to the interbank market for the benefit of other producers that may require it instead of them sourcing it on the parallel market. This can be a sustainable solution to solving the foreign currency dilemma that has resulted in various producers closing shop or pricing their products beyond the reach of local consumers. Commodity exchange markets also bring a great deal of transparency for tax collection purposes and minimize foreign currency externalization by local producers. More importantly it creates employment for various players in the value chain, thereby helping the agricultural and mining sector to stay formal.

Zimbabwe is facing a real threat of informalization of key economic sectors such as mining and agriculture which contribute a combined 30 percent to the country’s GDP. Smuggling of minerals is at an all-time high while confidence has sunk to the lowest levels. The country imports agricultural commodities (Maize, Wheat, Soya and Soya bean oil, processed cereal, tea and potatoes) worth over US $350 million every year to meet local demand.

This trend is likely to continue as long as there are no open market incentives for farmers to produce and the private sector to fund agriculture. It is high time that the government brings back the once thriving commodity exchange market for agricultural produce (COMEZ) and looks at modalities to establish a Zimbabwe Metal Exchange (ZIMEX) to boost production from those key economic sectors. Government controls, low foreign currency retention thresholds, distorted financing models and other production bottlenecks are negatively impacting open market systems to produce. They are also providing breeding grounds for corruption and smuggling of minerals, subdued production of agricultural commodities and distorted pricing models in a country so endowed with minerals and vast agricultural potential.

Victor Bhoroma is an economic analyst. He is a marketer by profession and holds an MBA from the University of Zimbabwe (UZ). For feedback, mail him on vbhoroma@gmail.com or alternatively follow him on Twitter @VictorBhoroma1.