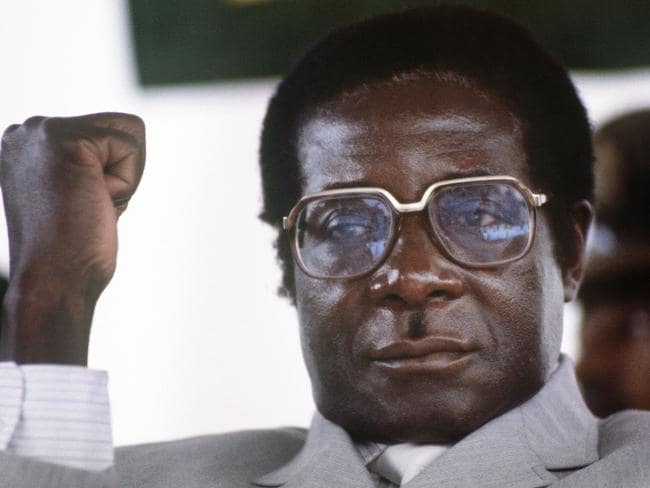 “So Blair Keep your England and let me keep my Zimbabwe,” He once made this famous statement  at Earth Summit in 2007 addressing the British Prime Minister Tony Blair. Robert is Mugabe the good Brand that created Brand Zimbabwe, in a bittersweet way. Knighted by Her Majesty the Queen of England to become, Sir Robert Mugabe, merited with multiple accolades , and feared by the White Racists Supremacists, Robert Mugabe made his mark in history,  as a difference impactful maker.

After spending 11 years in a white English Man’s prison,  little did they know that they were actually helping him to reach his destiny.  Caging Robert Mugabe in a cell was only taking him through a university of brand making, as he became who he was meant to be . They became his aides as they thought that they were destroying him but only making him.

Robert Mugabe always knew that it was his birth right to lead, and rise to the highest office in the land but what made his brand was a life of pain. In the words of TD Jakes in his new book called ‘ Crushing ‘,’’ for wine to become wine it starts from grape and goes through crushing to become wine’’. His life had tragedy as he was building his way up, his father walked out on him and his mother,  he did not have many friends as a boy, he spent years locked up as a political prisoner,  he lost his first child and then lost his love of his life ‘’ Sally Mugabe. Moreover that, the assassination attempts through car bombs and Rhodesian mercenaries .The suffering was not misfortune but fortune to make and create, His Excellency the President of Zimbabwe,  the most respected and loved leader in Africa.

The heated, well orated, authentic and ground breaking speeches of African unification, defying white racist supremacist and strengthening our hopes, were what made Robert Mugabe a good Brand. No other leader in Africa stood against the Europeans when they wanted to devour Africa once more using modern day capitalism. A white Man once stated that, if there is any place a white man knows his place is Zimbabwe.

Who else stood up at African Union and told the secretary General, Ban ki Moon to tell his white friends that Africa must have a seat in the Security Council, only Mugabe did. As other African leaders hide with fear, he stood up and said no, enough is enough. ..  Mugabe was a mouth piece of Pan Africanism, and every time he made speeches as the United Nation, there were a rapturous applauds from the African Leaders.

A time came when prices hiked and when he landed at the airport he instructed that Prices must revert back to where they were, and they surely did. Ooh Hail the great Supreme Leader, who was Hitler Twice Fold only for Zimbabwe to be sovereign. Mugabe was unapologetic for making tough and controversial decisions, as his leadership style, was a cocktail of what we liked and what we didn’t like.

In another speech directed to former President, of the US George W Bush, he said that How can Bush be the Authority of Human Rights when he has blood on his hands.  As the western world was trying to put its hands on our cookie jar, he was there to make sure that they didn’t reach for it… No wonder why they spent millions in dollars to damage him from within and beyond Zimbabwe to damage his image but this was God’s chosen and unstoppable. For his time, he lived through to fulfill his purpose.

Many men were made by Robert Mugabe, we cannot deny that, as the rest of the African leaders all wanted and still want to acquire the Robert Mugabe status. Will we ever have another like him?, I doubt that,  he surely was and always will be a Good Brand ,The Legend lives forever .

Tare Munzara is a Country Branding Expert and the CEO for Destination Marketing International. For Feedback please do contact Email  on ceo@destinationmarketinginternational.co.zw   or taremunzara@citybrandingummit.co.zw    . Phone: 0774 817 440