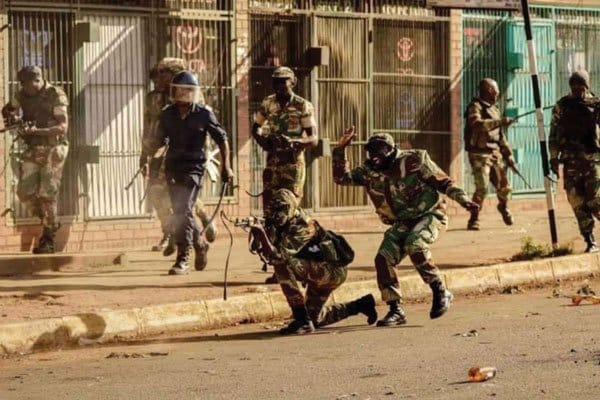 MUTARE-The Manicaland peace committee has called for the inclusion of the security sector in all forms of political dialogue, conflict resolution and management due to their history of protecting partisan interests of the ruling party.

Speaking at an ongoing capacity building on conflict management, resolution and transformation, members of the peace committee which falls under the National Peace and Reconciliation Commission, said security sector should be part of all political dialogue.

Itai Masaka of the Movement for Democratic Change said there was a need to engage the security sector as perpetrators of systemic political violence.

He said post-election violence has become a legacy that needs the involvement of all stakeholders without singling out political outfits.

“The issue of post-election violence that keeps recurring in the country or squabbles that continue to happen in the election cycle, there is to engage government security departments to resolve them.

“We need to bring soldiers, the Central Intelligence Organisation (CIO), the police even the Prisons is now part of the picture, we can not blame wholesomely the violence on ZANU PF when there are government agencies involved in this cycle.

“While there are conflicts between ZANU PF and MDC as parties these are now manifested through the involvement of the security sector and therefore they should be involved in conflict resolution,” said Masaka.

Irene Zindi former Mutasa South member of parliament under the ZANU PF card, said the various conflicts are traceable to the election cycle violence which is manifest in a conflict of different forms.

“All these other conflicts are symptoms and effects but the cause is coming from the elections so we need a broad framework to deal with these issues, once we deal with this broad area then everything will face into place,” said Zindi.

Commissioner Patience Chiradza said while there have been recommendations that the army and intelligence should sit in peace committees, the security sector interests are represented by the Zimbabwe Republic Police that also sits in the Joint Operations Command.

Comm Chiradza said the NPRC is already holding separate engagements targeted at the security sector departments without involving them in the provincial peace committees.

“We have in our mandate the capacity to make recommendations for legislation it could be that it’s our electoral systems that need reform but it’s not just for NPRC but we are facilitating for Zimbabweans.

“So as Zimbabweans if we feel that elections are the central problem which is causing all these conflicts we should come up with recommendations to ensure, we need to create more spaces for dialogue.

“There have been other submissions from other peace committees so we are taking this suggestion but our thinking was that since the police are part of our peace committees they would then report to Joint Operations Command.

She added, “We are engaging all the security sector the army the police and the intelligence (although they don’t sit in peace committees) so that they can understand what we are doing, but as a recommendation, we will take it up.”