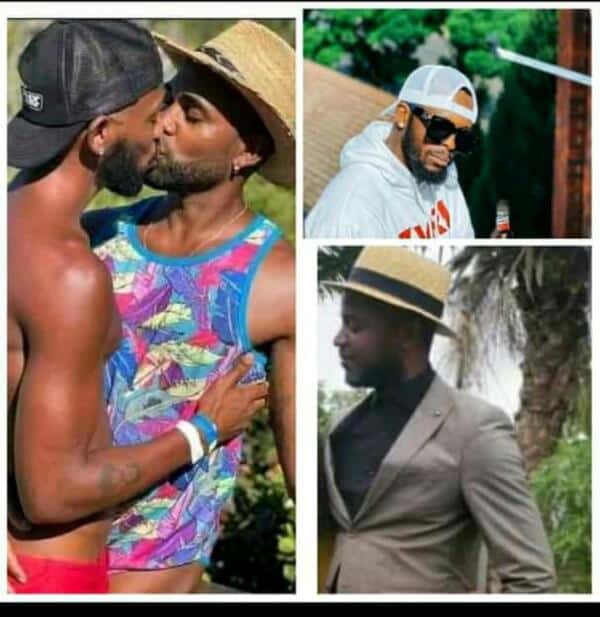 Popular musician, Takura Shonhai has dismissed a purported picture of him kissing another man which made waves on social media in recent days.

In a recently released statement, Takura vehemently denied that he is either of the two parties in the picture.

“I make the following statement in the wake of post on a website called zimmagazine.com, brought to my attention sometime on the 13th May 2021. The post was headed: ” Leaked pictures of Takura with his gay boyfriend ” attached to the post are pictures of two men, hand in hand, displaying affection in a clearly homosexual interaction,” he wrote.

He added, “The post suggests that I am one of the men in the pictures, that I am in a homosexual relationship and attacks my person.

“I am not the person in these pictures, the pictures are clearly taken from an unknown site and doctored to create the impression that I am in them. This is defamatory, a malicious invasion of my privacy, unauthorised use of my images and a clear attempt to tarnish my reputation, a violation of the highest order.”

Shonhai also said that since the article hurt loved and those in his close circle, he will sue the originators of the story.

“The spreading of the story has tarnished my reputation, caused grief, anxiety, and unwarranted angst to my family.

‘I have instructed my legal team to look into the originators of this fake story and doctored pictures, to institute proceedings for defamation and seek damages. My team will take all necessary measures to ensure the culprits are reported to Post & Tele-Communications Regulatory Authority of Zimbabwe (PORTRAZ) and necessary action is taken in flagging this site and others like it.”

COVID is surging in the world’s most vaccinated country. Why?

Nkomo does it again but Zimbabwe Women fall short once more