The Nexus Between Confidence And Economic Growth 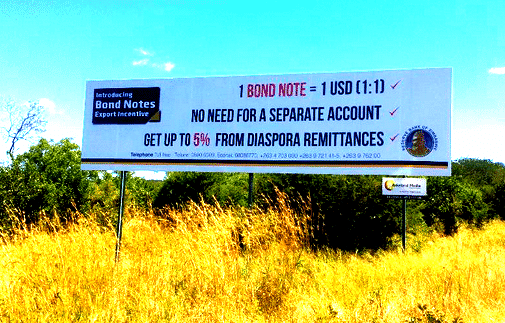 A change in the Zimbabwean government in November 2017 was somewhat a confidence booster in the economy as the new administration announced business oriented policies and went on an overdrive to re-engage the international community in a move aimed at opening new lines of credit, improve investor confidence and attract FDI Inflows. Local investors and industry captains were equally optimistic that the economy would improve as implied by a positive year on year Business Confidence Index (BCI) of 20.9 in December 2017. Barely before 2 years have lapsed, that confidence seems to be wearing thin and the economy is catching the cold. Growth prospects in the economy look gloomy under a cloud of currency uncertainty, political instability, foreign currency shortages and hyperinflation. Panic buying by the consumers and hoarding of scarce commodities such as fuel, bread, cooking oil and flour have characterized major policy announcements in the last 12 months.

As Zimbabwe’s economy wobbles on the brink of a recession, the cost of low confidence in the market is taking a huge toll on various policies to resuscitate the economy. Prices for most consumer food staffs, industrial products and services have been skyrocketing since the October 2018 Monitory Policy Statement (MPS) with official inflation rate eclipsing 66.80% in March 2019. The Reserve Bank of Zimbabwe (RBZ) directed local banks to separate RTGS (Local Currency) accounts and Foreign Currency Accounts (FCA) as an acknowledgement that the US Dollar was not on par with the RTGS, an assertion RBZ presented in November 2016 to introduce Bond Notes to the local market. The surrogate currency was introduced to ease cash shortages as virtual money in RTGS credits outpaced real US Dollar balances in the economy. Consumer confidence in the local banking sector remains very low due to the erosion of US Dollar denominated savings and various monitory and fiscal policy pronouncements. Since October 2018, banks and other deposit taking institutions have been struggling to attract US dollar deposits, save for deposits in transit transactions such as salary payments, non-governmental organizations (NGOs) project funds, imports Telegraphic Transfers (TTs) and local supply payments done in foreign currency. The introduction of the interbank market and licensing of over 26 Bureau De Change houses in February 2019 has done little to attract foreign currency to the formal market as well. Memories of 2007/08 when the apex bank raided private FCA accounts for over US $400 million are still fresh in Zimbabwe.

Capital flight is still very high with most foreign owned businesses and local business people using every available channel to take their profits and savings out of the country. In January 2018, the RBZ highlighted that funds held by Zimbabweans in offshore banks rose by more than US $1 billion. Savings held by Zimbabweans in offshore banks and other foreign assets were estimated to be close to US$800 million upon dollarization in 2009. When inflation rate dropped to an average of 1% between 2009 and 2012, Zimbabweans repatriated their savings back home as confidence was restored through economic and political stability. By December 2012, funds held in offshore accounts had dropped to less than US$300 million.

In 2018, Zimbabwe received close to $5.5 billion in foreign currency through trade, remittances, aid, credit lines and investments. However all signs are pointing to a persistent shortage of foreign currency on the formal market that has potential to weaken all pillars of the economy. Corporates and individuals with foreign currency are holding on to it as a high value commodity or selling it at the black market where exchange rates are higher than the interbank rates. On the foreign investment front, Zimbabwe received an average of $350 million in FDI Inflows since 2015, making it one of the least attractive investment destinations in the SADC region.  Despite wholesale changes to the country’s Indigenization and Empowerment law a year ago, inward investments barely improved as investors signed a host of non-binding MOUs and commitments that largely hinge on economic stability in Zimbabwe.

Consumer confidence is a key economic indicator that measures the degree of optimism that consumers feel about the overall state of the economy and their personal financial situation as reflected by disposable income. When disposable incomes improve, consumers make more purchases and feel more confident. Investor confidence measures investors’ willingness to engage in the investment opportunities and associated intermediation channels available to them based on their perception of country risk and return on their investments. It can be measured though investment enquiries and actual inflows of capital. Business confidence measures the amount of optimism or pessimism that business managers feel about the prospects of their companies based on their performance indicators such as revenue.

The three provide an overview of the state of any economy. Confidence is key in enticing domestic and foreign investments, attracting deposits in the formal banking system and building savings. It is also integral in the trading of money market securities locally and more importantly maintaining value of any fiat currency in the world. A fiat currency is money (notes and coins) that a government has declared to be legal tender such as the Zimbabwean case of the RTGS Dollar, but it is not backed by any physical commodity in the form of Gold or Silver. Fiat currencies derive their value from market confidence based on perceived economic and political stability. The government through the central bank can control economic activity through money printing. This function has been abused several times in the past 30 years and is blamed for the growth in virtual money balances (RTGS) since 2015. It is the main cause of current hyperinflation in Zimbabwe as broad money supply in the economy topped $9.5 billion by December 2018.

A severe confidence shortfall is costing Zimbabwe billions each year and restoring it in local institutions requires political commitment to fix what is broken. A confidence deficit in Zimbabwe has demonstrated that it has disastrous consequences to the economy just as a budget or trade deficit. It will take real reforms in terms of governance to bring back lost confidence in the local economy. Bringing back confidence on the three key fronts (consumer, business and investor) can yield positive results for any policy pronouncement by the government and its departments. More importantly it will ensure that Vision 2030 is felt by the intended beneficiaries in the economy instead of being talked about in the media.

Victor Bhoroma is business and economic analyst. He is a marketer by profession and holds an MBA from the University of Zimbabwe (UZ). For feedback, mail him on vbhoroma@gmail.com or alternatively follow him on Twitter @VictorBhoroma1.