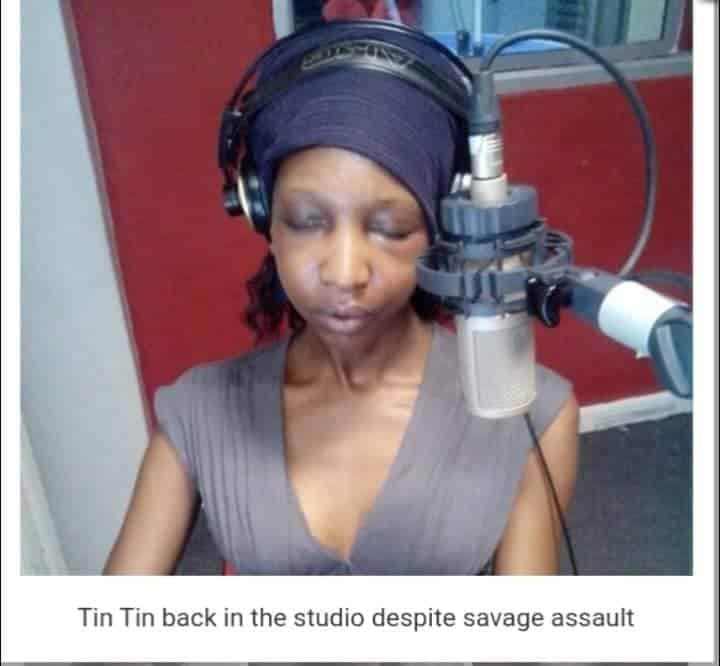 Radio and television personality, Tinopona Katsande has made a bold start to the 16 days of activism by posting gruesome pictures of herself that are a result of domestic violence she experienced from her ex-boyfriend as she encourages victims to come in public about it.

On her Facebook post, Katsande well known as Tin Tin is seen with a black eye after the violent attacks. 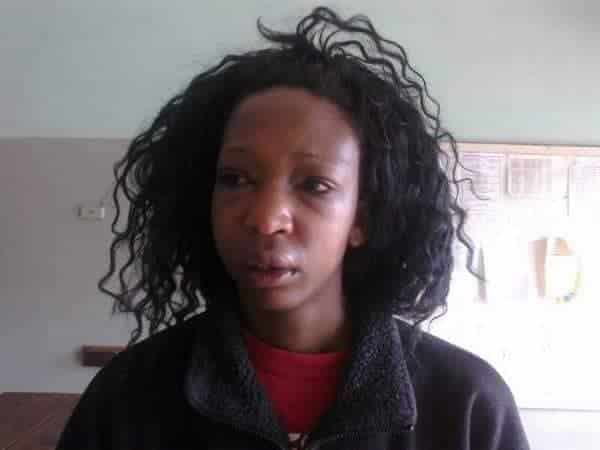 “I post this picture periodically because I KNOW it will cause a stir. A stir that will prompt hurtful and unwarranted comments but above all a stir in one’s heart that will get one to stop and reflect. People like the nice pictures never these ugly ones but you know me, I just keep it real waiziya 😎. Like it or hate it ndikoko,” she said.

“As I blossomed into the woman I am today I have been in several boyfriend-girlfriend relationships. I have been in many blissful ones and I have been in abusive ones. Some were emotionally abusive, some were financially abusive and some were physically abusive. I’m grateful today that I can stand as Mai Yambuko na Alex, as a SURVIVOR of domestic violence no longer a VICTIM of domestic violence in an empowering and rewarding relationship with my partner. As embarrassing as it felt then, and as body aching as it was I decided when it happened to not let his actions derail me from my focus.

“I went to work still, I sought counseling, I moved on stronger and wiser. TODAY begins the 16 Days of Activism Against Gender-Based Violence, 2021 ( November- December ) vasikana hear me good :
“Far too often sevakadzi we spend so much time building/ investing in/supporting/ loving varume /boyfriends( in whatever way we can ), for the NEXT woman, while he is busy damaging you for the next man. ” think about that next time he lays a hand you, emotionally or financially abuses you,”

Katsande, who made waves on social media by selling eggs urged victims of gender-based violence to speak out and get help.

Meanwhile, Women Affairs, Community, Small and Medium Enterprise Development Deputy Minister Honourable Jennifer Mhlanga addressed the launch of the One-Stop Center said the economic empowerment of women is integral to any sustainable approach to eradicating violence against women as studies show that women who control their own resources are less vulnerable to being victimized because of their gender.

The opening of the Safe Market Space and the One Stop Centre coincided with the beginning of the 16 Days of Activism against Gender-based violence that will take place under a localized theme “End Violence Against Women Now: No to child marriages!”

Law Society Calls For Action Against Gender Based Violence