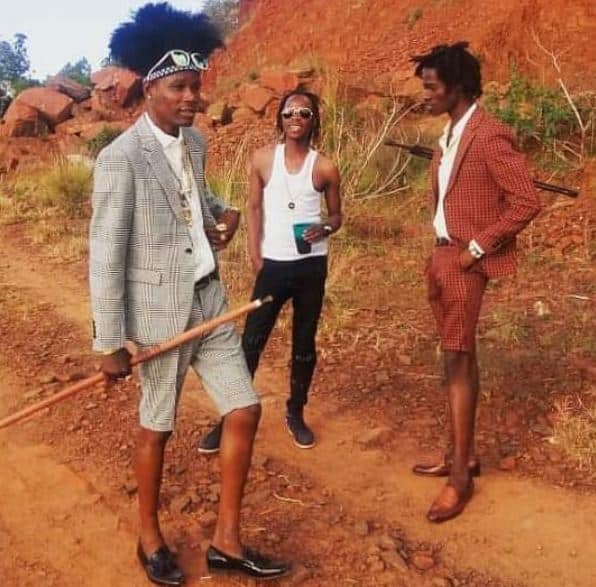 Speaking while shooting visuals of the new track, the duo indicated the late music icon, Dr Oliver Mtukudzi’s endorsement of the two as the main inspiration behind the collaboration.

“Vakorinde itwo chete look out for that video, Ane nharo nazvo ngaaende anofukunura guva remhondoro kune mhondoro yakasiya yazvitaura (we are the best, those who do not believe this should go and exhume music legend Tuku, he is the one who said this before he died.

Before his death, in an interview on Star FM, Tuku pointed out Tocky Vibes and Soul Jah Love as his favourite Zimdancehall artists.

“I listen to Tocky Vibes and also Soul Jah Love, however, Jah Love overshadows the good message in his music with his poor conduct,” said Samanyanga.

Tuku succumbed to diabetes on 23 January this year and was laid to rest in his Madziwa rural home.