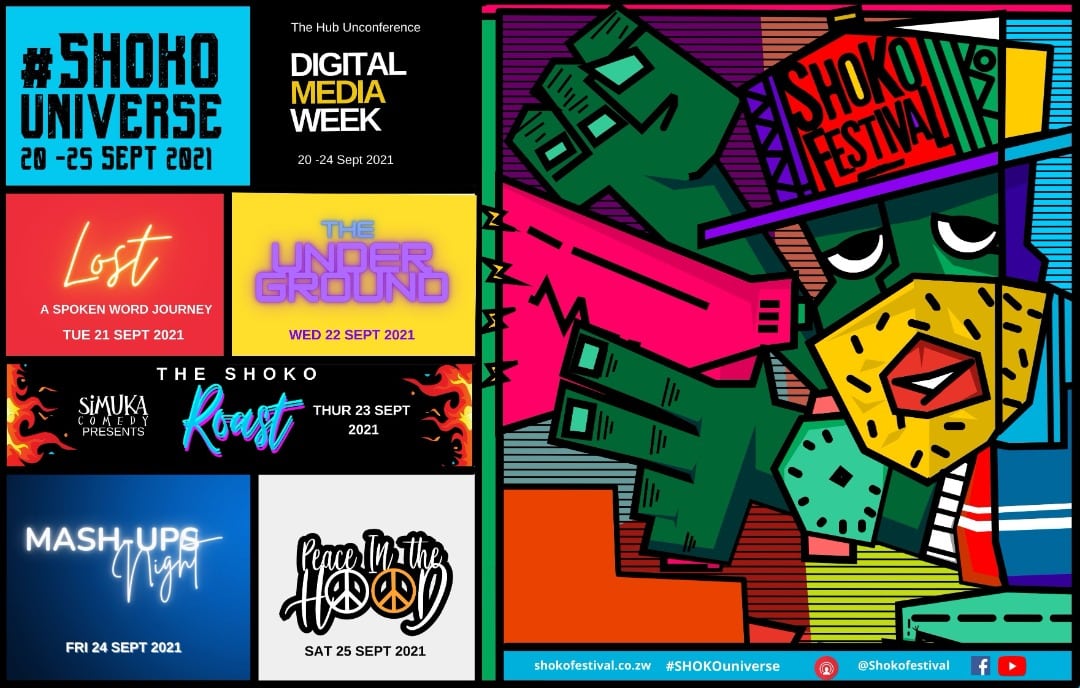 Contemporary musicians Tocky Vibes, Feli Nandi, Voltz JT and Van Choga are set to grace this year’s edition of Shoko Festival which will be running from the 20th – 25th September 2021.

Running under the theme, “Shoko Universe”, the festival will be a completely virtual with all shows streamed online on the Shoko Facebook and Youtube pages.

On an international tip, the award-winning United Kingdom (UK) rapper, Dizraeli, is set to bring the fire with his creative brand of hip hop. Dizraeli has performed at the Glastonbury Festival, the Latitude Festival, the Eden Project, and the Royal Festival Hall.

He has won both the Farrago UK Slam Championships and the BBC Radio 4 Poetry Slam. Dizraeli & The Small Gods were shortlisted for the 2014 Songlines Music Awards for their album Moving in the Dark.

Also on the global lineup is Smita James, a powerful Dutch spoken word artist who has performed on stages including RE:Definition, Amsterdam Fringe Festival, Cinnamon Wednesday, the Black Magic Woman Festival and Ispeak.

“We’re so excited to be able to have such an amazing array of acts at Shoko 2021,” said Shoko Festival Director Comrade Fatso.

“We are maximising the benefits of a fully virtual festival by bringing together all in one Shoko Universe the likes of Tocky Vibes, Feli Nandi, Dizraeli, Smita James and Voltz JT.  It’s gonna be such an epic journey through this creative galaxy!” he added.

Shoko Festival Coordinator Kim Kute also said “The arts sector has really suffered because of Covid-19, including restrictions on gatherings and the lack of income for artists. So, our ‘Shoko Universe’ aims to give an out of this world experience to our audience and a very important platform to our amazing artists,”