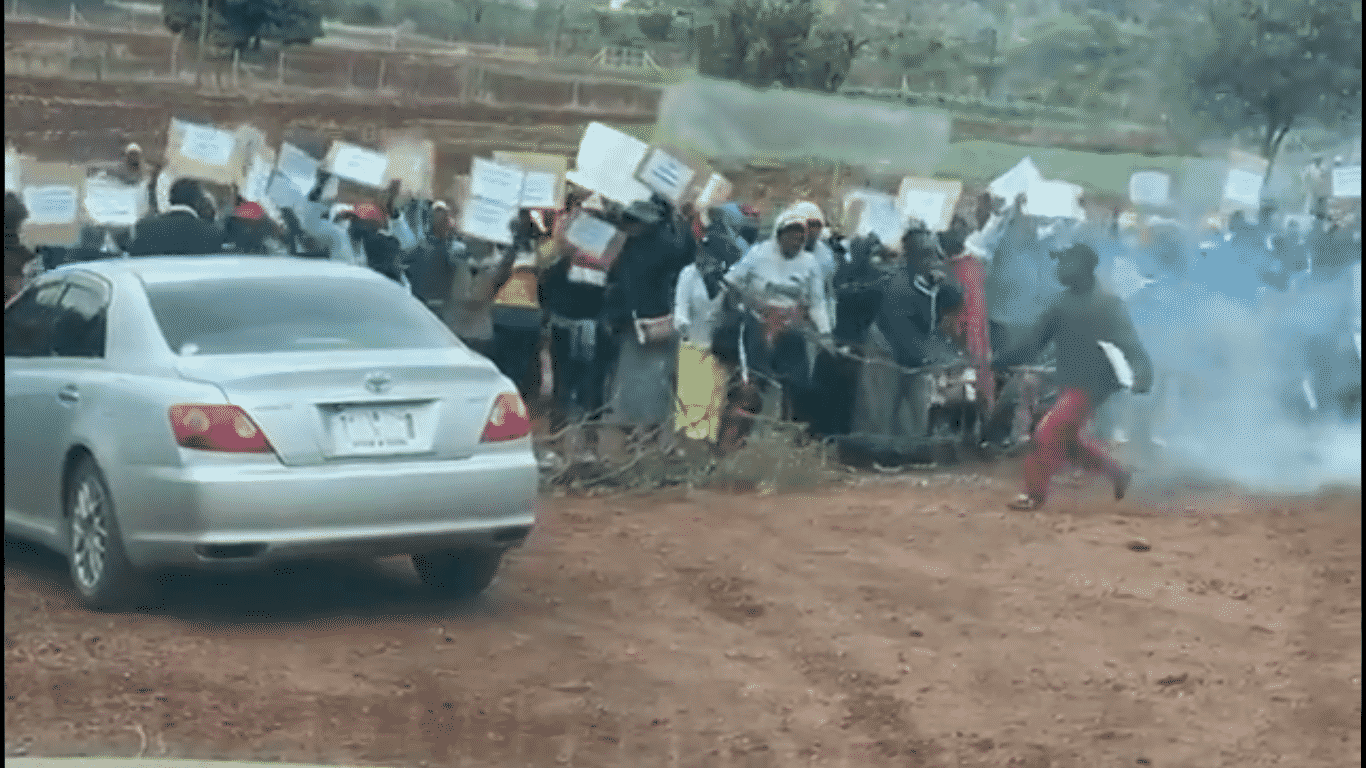 Chamisa was due to address community leaders in Charumbira village in Masvingo as part of his citizen convergence for change initiative.

According to the MDC Alliance, over 200 Zanu PF members barricaded roads with burning logs before assaulting part of Chamisa’s team members.

“Over 200 youths mobilized by ZANU PF have violently attacked President Chamisa’s convoy and advance team on their way to meet community leaders in Masvingo. They stoned cars, barricaded roads with burning logs and assaulted members of our team who’ve now been hospitalized,” the party said.

Another video showed smashed windscreen and windows of one of Chamisa’s vehicles.

Scores of people were reportedly injured and taken to hospital for medical attention.

Party spokesperson Fadzayi Mahere has condemned the attack on Chamisa saying Zanu was terrified of citizens converging for change.

“The political violence that’s being meted out at President Chamisa’s delegation in Masvingo is cause for concern. Barricading roads with burning logs and chanting hate speech is primitive politics. The regime is terrified of citizens converging for change,”  said Mahere.

Meanwhile information secretary Nick Mangwana said the reports of MDC Alliance leader’s attack was stage managed to spoil the stage ahead of President Emmerson Mnangagwa’s trip to the United Kingdom where he is set to attend the COP26 summit.

“We are in the even of #COP26 and the Special Rapporteur’s engagement is about to happen. Do you know what else has started? The Dramas,”  said Mangwana.
Chamisa is currently on a community citizens’ conversation interface in various provinces in line with the MDC Alliance’s Agenda 2021.
According to the MDC Alliance, the tour will see him engage citizens, civic leaders and special interest groups.

Ngarivhume To Apply For Exception Of Charges