“We Will Never Walk Alone In Liverpool” Siyachitema 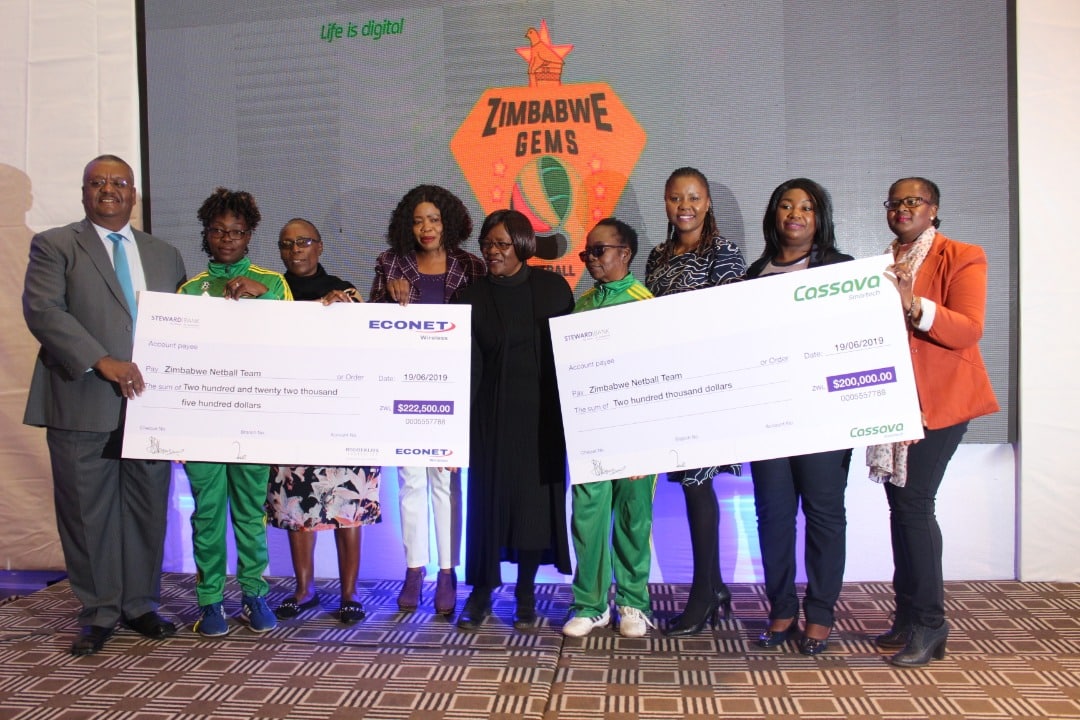 Zimbabwe netball national team, The Gems captain Perpetual Siyachitema has heaped praise on the country’s number one network provider, Econet and their subsidiary, Cassava Smartech for their timely donation towards the team’s preparations and upkeep ahead of the Netball World Cup finals set for Liverpool, England next month.

Speaking at the handover ceremony in the capital, yesterday, Siyachitema said, they will definitely will not walk alone, the motto of Liverpool Football Club, where the finals will be happening.

This was after the team had secured an enticing deal from Econet which included two cheques, valued at $422 500 and kits which will bear the Econet and the Cassava logos as the two official sponsors of the Gems.

“With Econet on our side, we will never walk alone in Liverpool. Having said this, all the girls are in high spirits, we are rearing to go. We are promising the country that we are going there not to add numbers, but to compete and be counted. We are in the same pool with the world’s number one, Australia, but we are not even intimidated. We are ready,” Siyachitema said.

Zimbabwe is ranked 13th in the world, the second best national team ranking in the country after our cricket team, the Chevrons.

Devolution Should Be Taken As A Country Branding Project