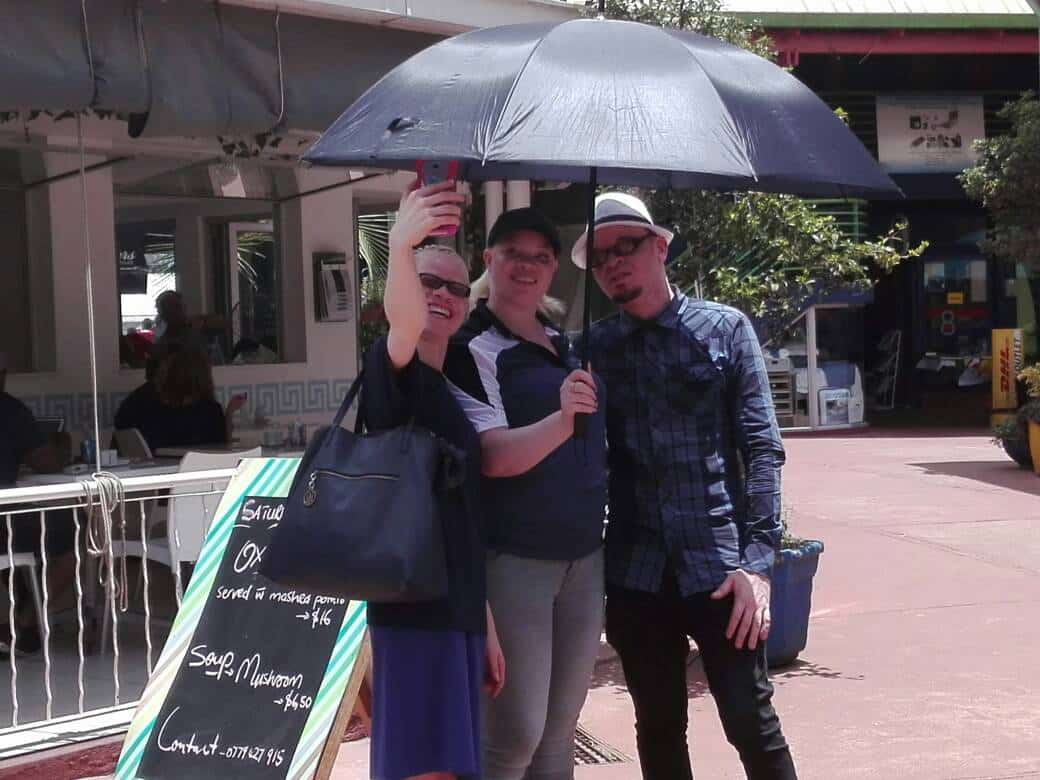 A campaign to support and raise awareness on the plight of people living with albinism dubbed “Beyond this Skin” is going to rural areas where the organizers plan to donate sunscreen lotions and hats raised from a Hat raiser event at Arundel village in Harare on Saturday, 263Chat can reveal.

Buoyed by their success in Harare, Zimplats Head of Corporate Affairs, Busi Chindove said they will be going to rural areas to donate hats and sunscreen lotions to people living with albinism.

“After the successful campaigns we have had we will be going rural now and our next campaign will be in Binga Matebeleland North. We are going to do three road shows to raise awareness and distribute what we have collected today.

“When we finish the campaign in Binga which will take place from the 22nd-24th of March we will be going to Mashonaland West in April and will do the same at a rural center,” said Chindove.

Zimplats hosted a Hat Raiser campaign on Saturday the 24th of February at Arundel Village to engage community members and receive donations in form of hats and sunscreen lotions.

“We started this hat raiser and the idea about it is to involve members of the community to come and bring hats because when one is living with albinism one of the biggest challenges is protection from the sun. In that regard you need hats, sunscreen lotion and glasses because people with albinism sometimes have their eyes affected.

“So what we are trying to do is find ways we can collect all those three things in terms of sun protection and we are involving the public today to ensure that we spread the word and the response has been fantastic,” added Chindove.

Friends With Albinism committee member, Nesbert Mujiti was upbeat about the success of their campaign which he said has since gone international.

“The awareness has now gone international, people are talking about albinism in South Africa and everywhere. People are even learning best practices on how to market the idea, we have done something that not many people have achieved within a short space of time.

“We are even getting more people interested in join the Friends With Albinism campaign, challenges are there but at least we are doing something,” said Mujiti.

Spearheaded by a number of local corporates led by Zimplats, Beyond this Skin campaign began in October 2017 to raise awareness on the plight of people living with albinism.

According to Zimplats, the actual impact on people with albinism will continue and involve other corporates who are yet to join the Beyond this Skin Campaign.

Re-skill Or Get Retrenched: The Demands Of A Digital World