It was two cities, two concerts and 27 artists. 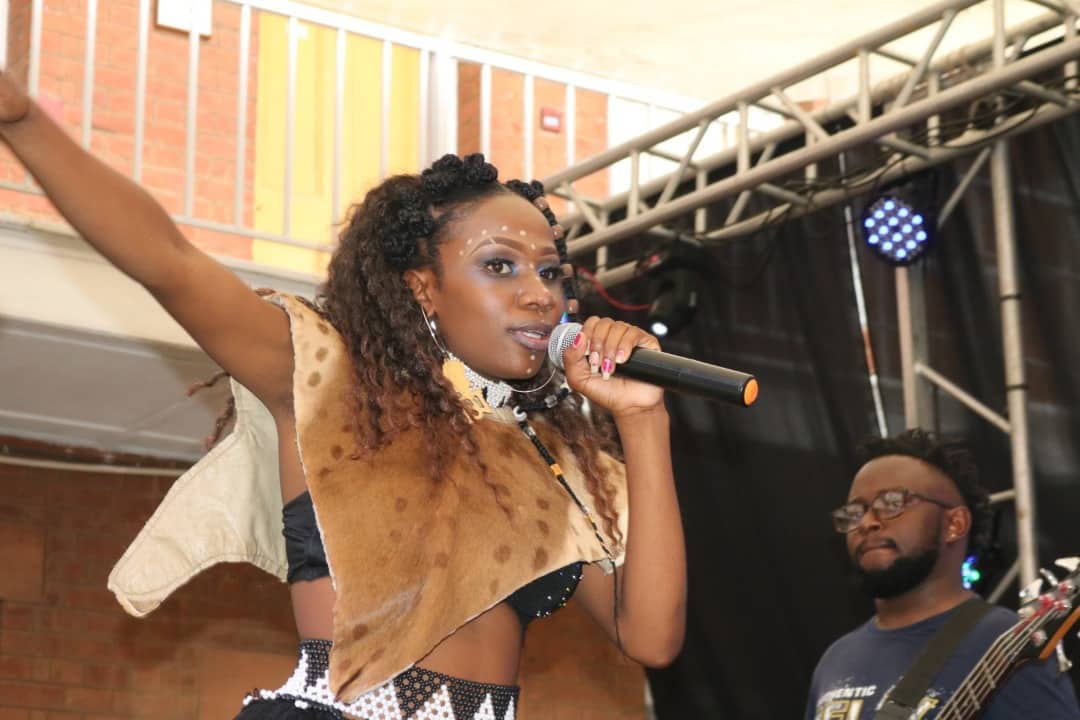 Bulawayo and Harare sat at the venerable table to feast on a delicately curated festival of music.

The concerts took place against the background of limited live stage access for artists due to the pandemic and other factors. It also joins the ongoing debate over the relevance of art in conversations around the local community and national development.

Before the event, Citizens’ Manifesto Convenor Briggs Mambo said, ” We believe that when we let art speak, we not only hear those often silenced voices, we create a movement that taps into the deeper wells of our inspiration and brings out our best selves.”

In Harare, on a sunny Friday 3 December 2021, the treat was at Sherwood Community Hub, Mabelreign.

With Shabach the Band, as the house band of the day, the event was MC’ed by StarFM’s Mox and TrustAfrica’s very capable Michar.

Next was Chengeto Brown, who regaled the crowd with songs from her catalogue including, Pedza Neni and 4 am.

Rapper TShoc’s performance was high energy, the mic stand grabbed and tossed around like it was in the hands of Kurt Cobain.

Bulawayo-based award-winning rapper Asaph delivered his slew of patriotic hits and was a joy to behold.

Hope Masike with her band was, as usual, accomplished, brilliant, and an example of the standard at which live music should operate. Her backing vocalists Florence Muteta, and Ndomupeishe Chipendo were impressive playing wind instruments.

Enzo Ishall turned up a party that was already loud. The highlight was when three people got onto the stage and danced to Kanjiva.

The night rounded off with Dadza D, who treats the stage as his fiefdom. He stomped all over it, releasing songs like gunshots, so much that Spirit Fingers on the keyboard took off his shirt.

All in all, it was a day in which fed was mind and soul. The body too, for the artists as well as special guests.

Said Prycinth,” Art is important because not everyone is can be a governor, and not everyone is gonna be in an office but art can help in the development and should be allowed to.”

The gauntlet was thrown down for Bulawayo.

At the National Gallery of Zimbabwe in Bulawayo on 5 December 2021, it was returned, even with sprinklings of rain and sunshine.

In her poetry, our ribs undulated, her disarming verses masterfully delivered with the dexterity of a nimble-footed pigeon.

Novuyo Seagirl kicked off her set with some reggae. She did delve into her more familiar house music, enjoyed obviously, but there is something to explore with the reggae.

Msiz’kay left a hoard of fans, particularly the women spellbound, either hanging onto his every word or singing along.

Oxzy’s lyrics were pregnant with consciousness, and his performance was surprising well-put-together.

Indigo Saint came on as a skilled artist, an avid interpreter, who treated the crowd like parishioners for an anticipated sermon.

Noluntu J rapped, sang and in her regal traditional outfit, was quite simply fantastic. Noluntu J brought her tribe emblazoned on her skin, and art spoke.

Rapper Luminous delivered fire on top fire, a popstar, born as if for the stage to do his bidding, tromping all over it with purpose.

After that, Asaph rocked his home ground.

Dancehall star Ma9ine continued the groove, the crowd getting down appropriately.

Ishan, from Harare, was soulful, delicate for the most, serenading the audience even when his music was not about love.

KNG BL delivered a barnstorming performance after which Fab_G, fresh from his Bulawayo Arts Awards win, curated a solid set. The keen were engaged. Those who did not know before were informed.

Ryan Synth delivered a huge dose of amapiano for the crowd, some of them dancing on tables, chairs and benches.

Before Djembe Monks shut it down, DJ Da Kudu did come on and sample tracks from his new album AfroJams Labangane.

And when the Djembe Monks set it off, it was, as the colloquial assembly would call it, ‘fire’.

Luminous summarised the importance of art in national development, saying, “The power of music is to create a conversation without the violence.”