Biti to Petition High Court Over Illegal Arrest in Zambia 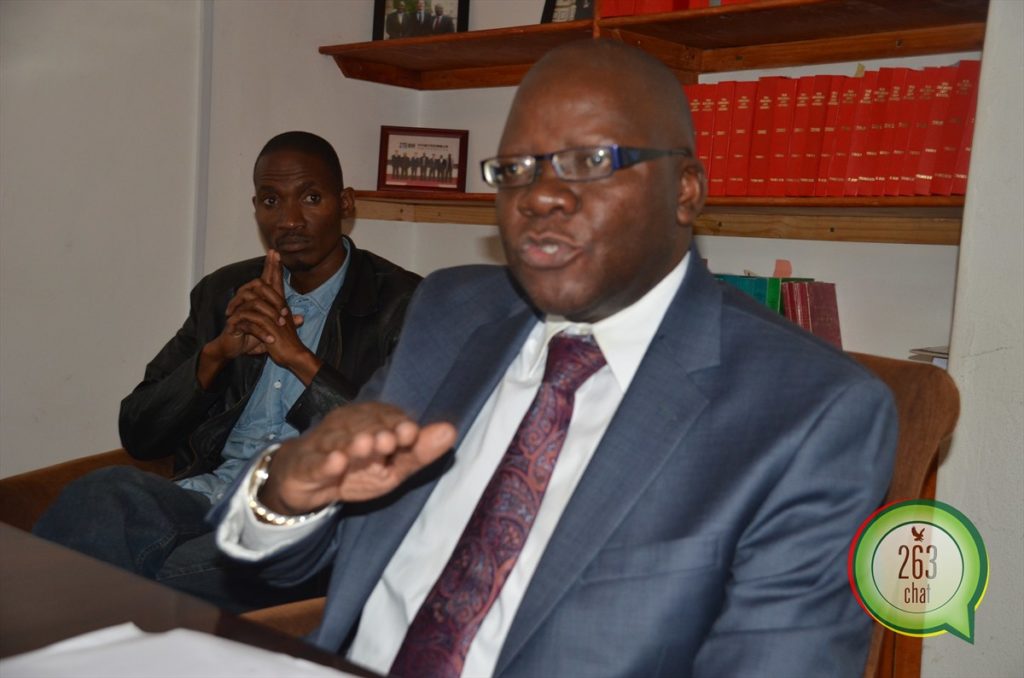 Human rights lawyer and opposition political party leader Tendai Biti will petition the High Court for a review of the dismissal of his application challenging the jurisdiction of Zimbabwean courts to hear his matter considering the circumstances surrounding his arrest and return to the country.

Harare Magistrate Francis Mapfumo on Friday 31 August 2018 dismissed Biti’s application which he filed early this month challenging his prosecution considering that he was seized from Zambia and illegally brought to Zimbabwe.

Magistrate Mapfumo ruled that there is no basis to permanently stay Biti’s prosecution as he was properly arrested and arraigned before the court.

But Biti’s lawyers immediately notified Magistrate Mapfumo that they will file an application in the High Court seeking a review of his ruling because it is grossly unreasonable.

Biti, who is out of custody on $5 000 bail, was arrested early this month and charged with contravening section 66 (A) (1) of the Electoral Act for allegedly announcing unofficial presidential results for the 2018 harmonised elections held in July and with committing public violence as defined in section 36 of the Criminal Law (Codification and Reform) Act.

The prosecutors also claimed that Biti, one of the MDC Alliance party leaders incited some of his supporters to commit public violence and pulled down an election campaign banner for ZANU PF party leader Emmerson Mnangagwa and burnt some vehicles and property worth $345 000.

In his application for a stay of proceedings in court, Biti, who is represented by Beatrice Mtetwa, Alec Muchadehama, Harrison Nkomo and Gift Mtisi of Zimbabwe Lawyers for Human Rights had argued that he is unlawfully appearing in Zimbabwean court as he was abducted from Zambia and unlawfully brought to Zimbabwe in breach of international customary law as he ought to have been appearing in the Zambian High Court on 09 August 2018 for a determination of his political asylum status.

Meanwhile, Biti heaved a sigh of relief after Magistrate Mapfumo granted an application for the relaxation of his bail conditions. His lawyers argued that Biti was literally under house arrest as he was reporting twice a day at CID Law and Order Section at Harare Central Police Station as part of his bail conditions.

Magistrate Mapfumo ordered Biti to report at CID Law and Order Section at Harare Central Police Station once a week on Fridays.