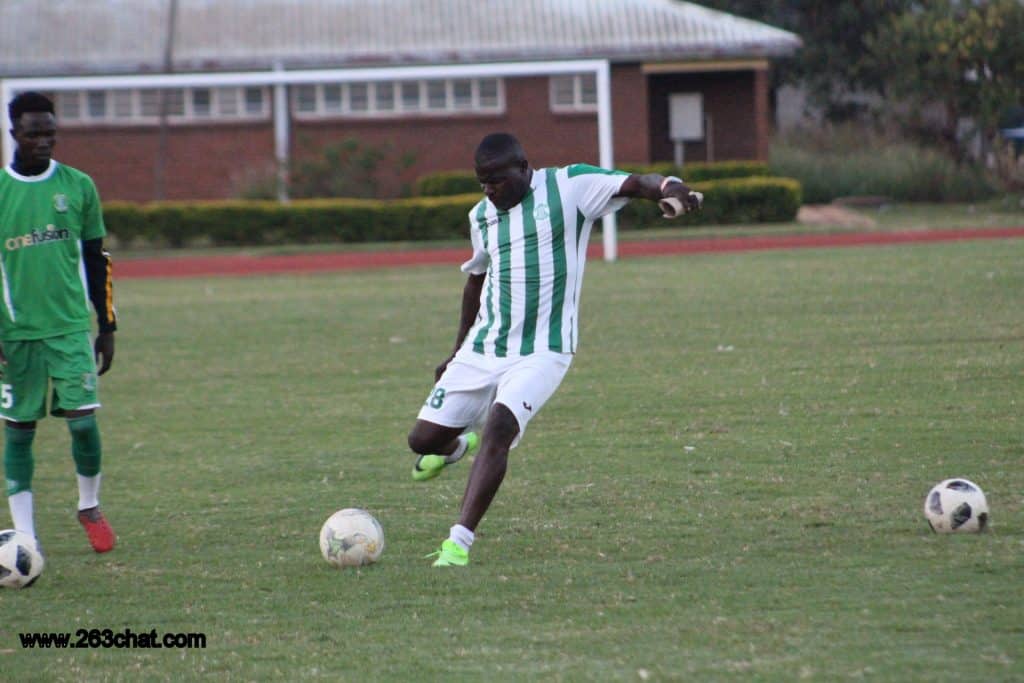 The Caps united head coach, Lloyd Chitembwe has proven to be the right gaffer for Makepekepe after managing to keep his team in good shape off and on the pitch in the first 10 games of the 2018 premier league season.

His team, made up of former soccer stars of the year, Denver Mukamba and Dennis Dauda, previous league championship winners Steven Makatuka and Oscar Machapa among others would be a headache for any other coach but the Chitungwiza born gaffer has showed that nothing is impossible if determination is the calling.

Love, hard work and team work sum up the day in the training session under Chitembwe’s charge.

When 263Chat visited the Green Machine training session, Makepekepe legend, Alois Bunjira was taking charge of strikers training while Technical Director, Nelson Matongorere worked with the Defenders ahead of their tricky encounter against log leaders, Ngezi Platinum Stars on Sunday.

Hardlife Zvirekwi could be seen cheering up his teammates to push hard shouting “come on greens, push hard” while he worked on his own fitness.

Just after the closing prayer, almost every player was on the pitch doing extras with a hunger and desire to do more.

Chitembwe was with Valentine Musarurwa and Praise Tonha doing their free-kick practice and strengthening their technical skills.

A new look Mukamba in green and white, working hard with a smiling face also cheers his team mates.

A closer look at Chitembwe’s Makepekepe training sessions gives a clear picture of man in command of his charge. A man eager to steer his boys to deliver yet another championship trophy and even his players are convinced that he is the right man to take them to greatness- and with respect they all work hard for the man they ‘Papa Lodza’.

Mzembi Appeals To President Mnangagwa For Protection Of Privacy