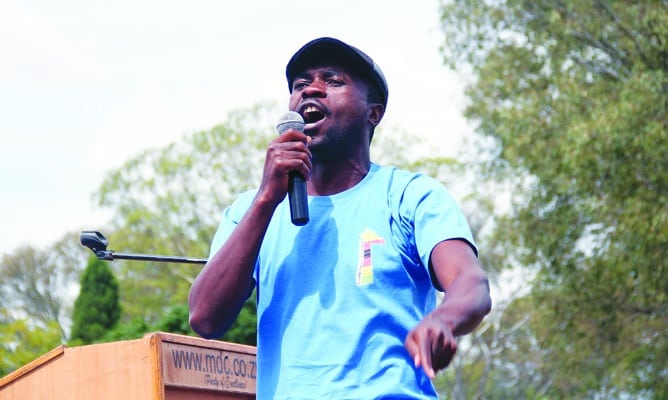 The watchdog called for the establishment of a commission of inquiry into the disappearance of Dzamara.

“Today we join Itai’s family in calling on the Zimbabwean authorities to conduct a thorough, independent, effective and transparent investigation into his disappearance. People do not simply vanish into thin air. We need to see an inquiry with findings that are made public, and suspected perpetrators brought to justice, as well as an end to the harassment and intimidation of activists and critics in Zimbabwe.”

“Amnesty International is calling on the government to set up an independent judge-led Commission of Inquiry into the circumstances around the abduction of Itai Dzamara, with powers to subpoena witnesses” reads a statement from Amnesty.

Amnesty earlier accused governments around the world of consistently using enforced disappearances to secure power and silence opposition or critics.

Before his disappearance, Dzamara had been a critic of then President the late Robert Mugabe and was subjected to harassment from suspected state agents.

The state however, denies any involvement in the abduction.

Dzamara was abducted from a barbershop on 9 March 2015 in Glen View where he stayed.

Meanwhile, the European Union has added its voice to calls for government bring closure to the issue of Dzamara’s disappearance and also decisively tackle human rights violations.

Posting on Twitter, EU said, “Five years after his abduction, Itai Dzamara remains missing. We call on Govt to shed light on his fate & serve justice, and to tackle all human rights violations decisively, in line with Zimbabwe‘s repeated commitment to human rights, freedoms & national healing.”

Escaping From The Coronavirus: Lamentations Of A Zimbabwean Student