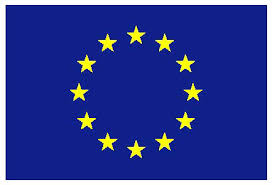 The European Union (EU) funded Value Chain Alliance for Livestock Upgrading and Empowerment (VALUE) project will on Thursday, 21
October 2021, officially launch an artificial insemination (AI) Station at Braford Farm in Chegutu, Mashonaland West Province. The AI station is one of two established by the project in Mashonaland East and West pig production corridors.

The AI station, which was set up at a cost of US$18,000.00 (purchase of equipment in South Africa US$14,500.00, freight and clearing $1,000.00 and construction $2,500.00) will facilitate easy and localised access to top quality pig genetics by small and medium pig
producers in the production corridors.

It will thereby boost production and productivity in the province.

The VALUE project is part of an EU funded Zimbabwe Agricultural Growth Programme (ZAGP), a response to tackle challenges within the country’s livestock sector through financial support from the EU amounting to €40 million.

ZAGP seeks to contribute to the development of a diversified and efficient agriculture sector that promotes inclusive green
economic growth.

Covering Zimbabwe’s 10 provinces, the programme is addressing the weaknesses and gaps in livestock value chains that have prevented the sector from increasing productivity,production, and incomes to their potential. Focus is on increasing profitability, building the
capacity of farmers, service institutions, and private sector through increased investment, institutional reforms, and policy alignment.

“The VALUE project is tackling system level constraints that have hampered the growth of small and medium pig producers from reaching their full potential and artificial insemination is a critical step in addressing production level challenges”, said Newton
Chari, the VALUE Project Team Leader.

In April 2020, ActionAid Zimbabwe, together with its implementing partners; Braford Farming, Zvikomborero Farms, Michview Enterprises, COSV and Mercy Corps, imported 244 pig breeding stock from South Africa. The breeding stock is housed at two breeder
farms including Braford Farm and the Pig Industry Board (PIB) for multiplication.

To date, over 3400 semen doses tapped from five grandparent boars have been purchased by small holder farmers from the first production cycle and the establishment of additional AI stations will broaden the supply chain.

Pig Industry Board Director, Mr Andrew Shoniwa said, “the establishment of the AI station in the Mashonaland West production corridor, is a game changer which will enhance access to superior genetics by small and medium scale producers.’’

George Mudanga, Managing Director of Braford Farm said “we are encouraging farmers to adopt the use of AI as it has a number of advantages over natural service, for instance, the cost of using AI is much lower as compared to maintaining a boar especially for small
enterprises. Secondly, AI is more effective in terms of production as compared to natural service.”

Mudanga added that initially,two semen doses will be available for the equivalent of USD6 for members and USD8 for non- syndicate members to promote uptake of the genetics.