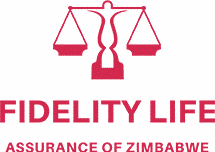 The growth is mainly attributable to responsible reviews of recurring premiums, new business acquisition and organic growth from the existing book.

Total income (including investment income) in inflation adjusted terms declined by 67 percent to ZWL933.8 million from ZWL 2,836.0 million due to insignificant fair value adjustments on investment property and equities.

Fair values of the investment property are mainly driven by movements in the exchange rate which was stable during the first half of 2021 as compared to the same period prior year.

“A deliberate choice of markets and expansion of distribution channels resulted in the writing of new business including US$ denominated policies and this contributed to improved top line growth in addition to organic growth of the existing book as a result of product innovations which commanded higher premiums,” Group chief executive officer, Reuben Java said in a statement accompanying the company results.

The Group realized savings on the Southview water pipeline project, with project costs incurred during the period decreasing by 92 percent from ZWL467.7 million prior year to ZWL39.1 million current year as the project reaches its tail end.

“The depressed profitability for the Group is as a result of a decline in exchange rate differences arising from translation of foreign operations and foreign currency denominated assets due to stabilization in the exchange rate which were experienced in the current year,” the Group said.

The company did not declare dividend as focus has been shifted towards strengthen the capital position of the company by deploying earnings to increase business underwriting capacity.