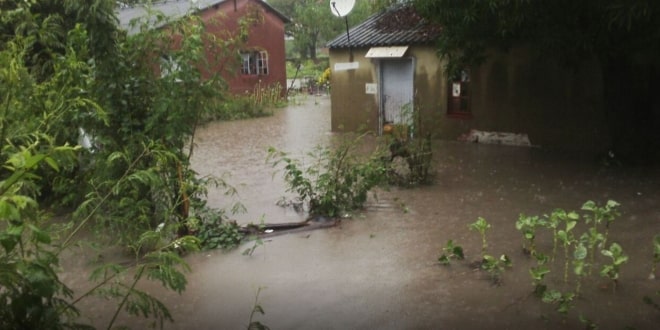 MUTARE– The scepter of the ghost of Cyclone Idai has once again hit the eastern province as flash floods damaged bypasses erected to allow for repair works on bridges destroyed by last year’s violent rains.

Preliminary reports from sources on the ground indicate that there are at least two bridges that have been swept away in Chimanimani, while cases of flash floods were also reported in Chipinge.

Civil Protection Unit in Manicaland officials have also confirmed that a detour at Biriri 2 bridge was early this week swept away by flash floods following extensive downpours experienced in the past few days.

“The information that we have received from the ground is that the detour at Biriri 2 bridge was swept away last night but as of this morning repair works have been done and traffic is now moving through smoothly.

“We have a private contractor JR Godard that was granted to the tender to repair the Biriri 2 bridge who responded swiftly to ensure that traffic can pass through.

“We also have reports of flash floods from Chipinge but we have not received any adverse reports or reports of any casualties from these floods and we will continue to monitor the situation,” said Misi.

“We are closely monitoring the situation on the ground and we are receiving updates every two hours to ascertain where there is need so we can activate our emergency response.

“The CPU committees on the ground are on high alert during this period of flash flooding that has been experienced in the province, we will be making our assessment from the periodic round up reports we are getting.

“The situation is under control at the moment as there have been no adverse reports as I alluded to earlier, so we will continue to monitor the flash floods and hope that they will subside soon,” said Misi.

CPU provincial deputy director John Misi said there was no extensive damage to the bridge, where a private contractor is currently carrying repair works.

Misi said there have been no adverse reports expect the flash floods and that relief efforts have been activated with the provincial CPU receiving updates from ground monitors every two hours.