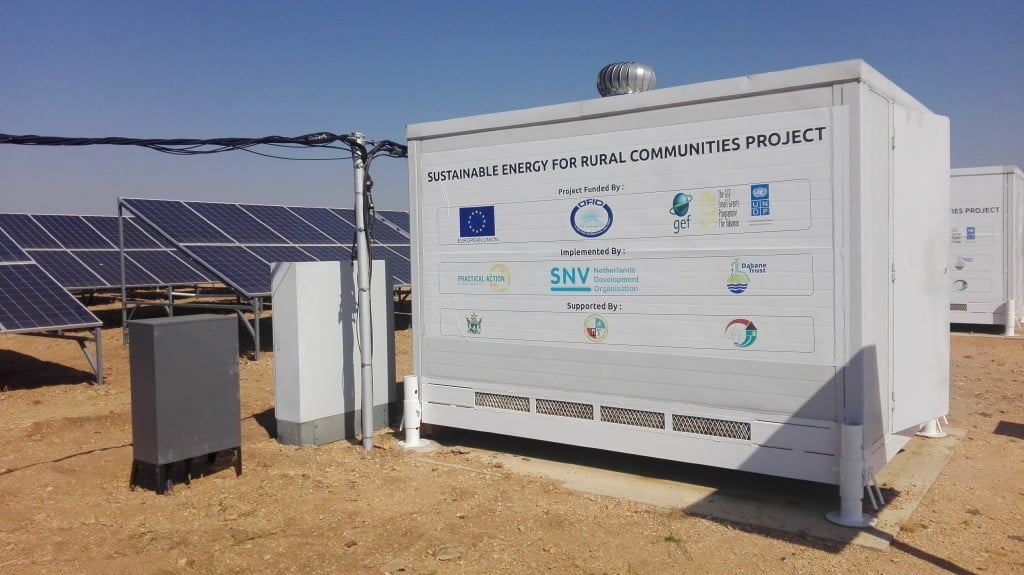 “Life used to be very difficult this side. Imagine trying to fetch firewood every morning for cooking and boiling water to bath before leaving for work.

“After finishing work at around 5pm you go home and depending on the season, it’s already dark and you cannot plan for the next day because you don’t have money to buy candles.

“At the end of the term you have poor results of below 20% pass rate in your class,” says Theresia Mumpande, a grade seven teacher at Mashaba Primary School in Gwanda south.

In an interview with 263Chat, Mumpande narrated how life was, 4 years ago before her school was connected to the solar power station built by Practical Action with the financial assistance from European Union, OFID and UNDP GEF Small Grants Program.

“Now with electricity we can plan our lessons throughout the night and students can study up to very odd hours, drastically changing the school pass rates.

“They should build more power grids and probably assist the whole community and also do it in other communities,” said Mumpande.

Obert Joseph Ncube, Deputy Head at Mashaba Primary School explained how the solar project has transformed his school and the community in general.

“We are very much grateful to be associated with such a project as we have benefited both as a community and as a school.

“Because of electricity we are now able to implement ICT in classes in line with the new curriculum, something we couldn’t do before.

“Rural electrification will trigger development not only in education but also empowers rural communities as they venture into various income generating projects like welding and irrigation.

“Look at the solar grid built for our community by Practical Action; there is now ease of doing business for our business people.

“We now have internet supply and there is a newly established border post which we think is going to benefit from this project,” he said.

“We used to use engines for our irrigation programs but we encountered so many challenges in trying to service them in South Africa.

“We then talked to Practical Action, now the yields have increased tremendously and we are having surpluses,” he said.

According to Practical Action, the Gwanda project is particularly important considering that United Nations sustainable development goal number 7 talks about ensuring access to affordable, reliable, sustainable and modern energy for all.

“We chose this site because it has irrigation schemes which are in close range since one of our objectives for this project is food security.

“We came to Gwanda because this part of the country is very dry and experiences very little rainfall but we discovered that there is a lot of underground water that is being taken from Shashe and Tuli River,” he said.

Commenting on the impact of the project, Martha Munyoro Katsi, Practical Action, Communications Officer said 30 000 men, women and children in isolated rural Malawi and Zimbabwe are benefiting from the solar projects.

“The project also has enabled access to better health care as clinics in these remote areas have access to reliable energy, which enables the use of refrigerators to store vaccines and drugs.

“This has reduced the need to travel to electrified health centers; and electric lighting is helping in improving 24hour healthcare including maternity delivery and emergence services,” she said.

The Gwanda solar project was funded by Practical Action to the tune of $3,2 million under the Sustainable Energy for Rural Communities. The project is generating over 200 Kilowatts and is powering schools and clinics and irrigation projects in Gwanda impacting on the lives of more than 30 000 people.