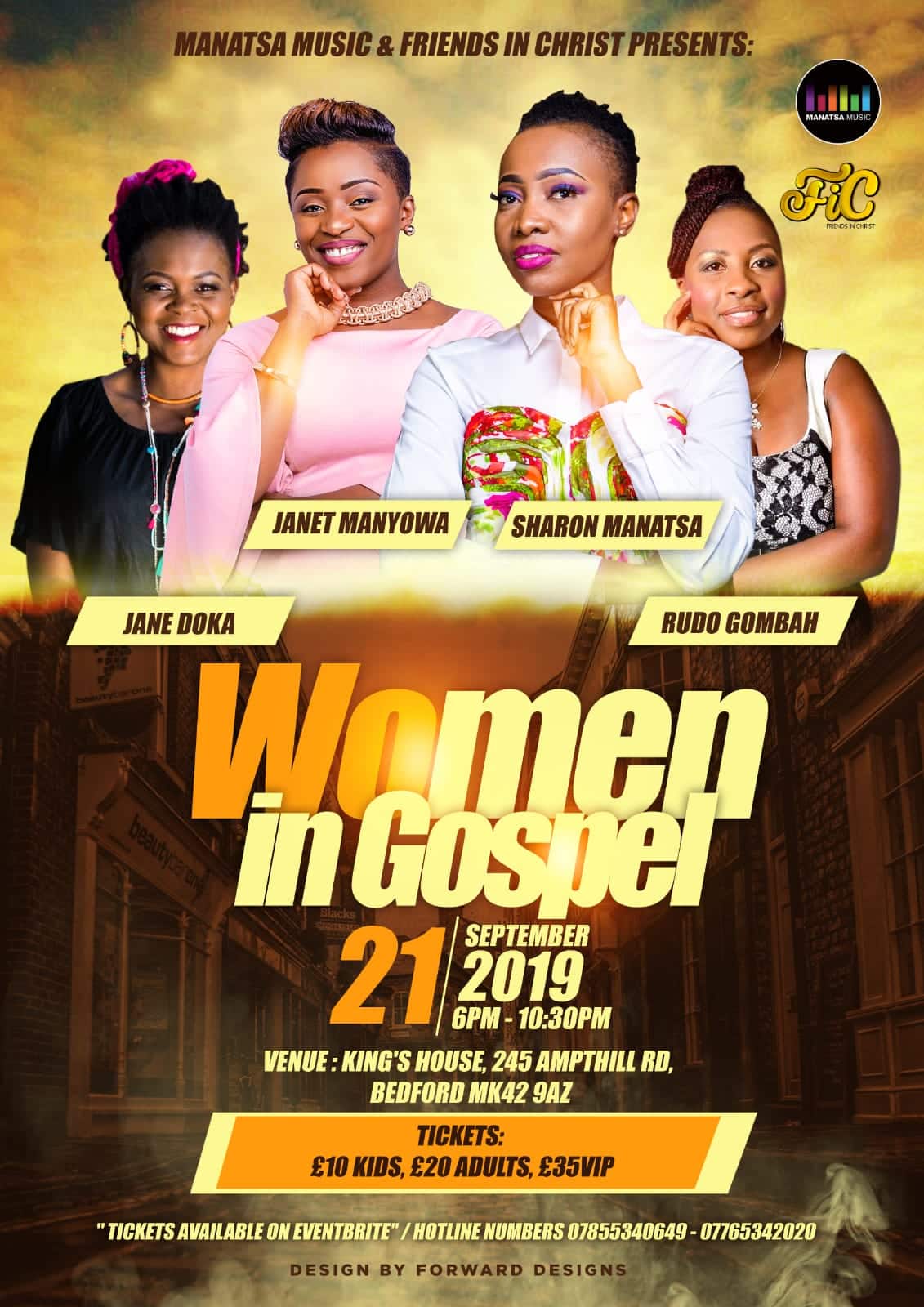 Award-winning gospel artist, Janet Manyowa has arrived in the United Kingdom ahead of the annual concert hosted by Sharon Manatsa and Friends in Christ (FIC), taking place this Saturday in Bedford.

Manyowa is among several artists that include Jane Doka and Rudo Gombah.

Zimbabwe based DJ, Gospel DJ Unlocked and DJ Mel will be on rotation at the event.

FIC, which was formed by Zex Manatsa Jnr and his wife Sharon, launched the group in 2017, to bring together both established and upcoming musicians and singers from different denominations and offer them a platform to produce, perform and spread the gospel through praise and worship.

The collective released their first album in 2017. Their second album Genesis was released in June 2018. It has to date, garnered media coverage and received positive reviews. Earlier in the year, the group rebranded, with lead singer Sharon Manatsa releasing her debut solo album, Inyasha, featuring several top artists, as well as revered musician Zex Manatsa Senior.

Sharon said after months of preparation, the teams were looking forward to Saturday and were anticipating a night filled with powerful praise and worship.

“This will be one of our biggest concerts to date. Each show we have put on over the last three years has marked an important milestone on our journey to making the kind of music we want, and music that resonates with our fans,” said Manatsa.

“It is such an honour to have Janet, Jane and Rudo for our celebration and I cannot wait to share the stage with these wonderful women who have taken gospel music to new heights both locally and internationally,” she added

Meanwhile, the event is taking place at Kings House in Bedford. Tickets are still on sale, with adult tickets going for £20 and £10 for children. VIP tickets are being sold for £35 and will give ticket holders one on one time with the artists, including pictures. Tickets can be purchased from https://www.eventbrite.co.uk/e/women-in-gospel-tickets-62387029284?aff=eand, and will also be available at the entrance on the night.