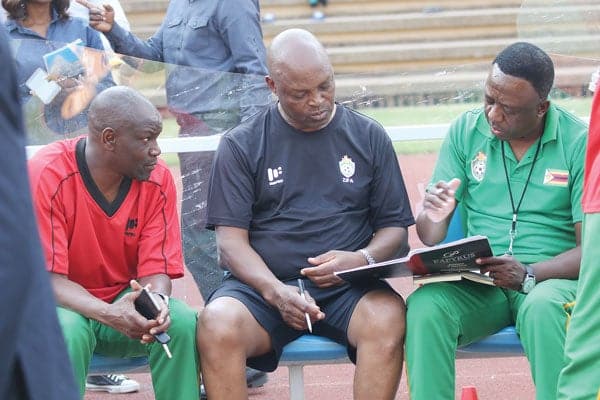 In an effort to save their premiership status, Premier Soccer Leagues (PSL) debutants Telone Football Club, The Wifi Boys, have added steal and experience to their coaching department with the capture of former Kiglon, FC Platinum and Dynamos trusted son, Lloyd Mutasa as well as former ZPC Kariba and Highlanders trusted servant Tembo ‘Chokrey’ Tshuma.

The two join a technical team that already has head coach Rahman Gumbo who was appointed sometime in August to try and save the fortunes of the ambitious side and former Warriors speedy winger Joel Luphahla, who happens to be the one who guided the team to the ‘Promised Land’ from the unfashionable world of Division One football via the Central Region ticket last year.

Mutasa comes is as the first assistant to Gumbo who he has worked with at national level, as both have been assistants to Sunday Chidzambwa while Tshuma comes in as the goalkeepers’ coach, the role he has mastered so much over the years.

In a statement released this afternoon, club president Lloyd Mutetwa confirmed the appointment of the two veteran coaches to their technical team before congratulating them for their appointment.

Mutasa, who holds a CAF A coaching license among other coaching qualifications joins Telone with a wealth of experience having coached a number of high profile clubs in the country that include Kiglon, Whawha FC, FC Platinum and Harare giants Dynamos while Tshuma, a CAF Goalkeepers Instructor and also a holder of a CAF B coaching license joins his new paymasters having worked for a number of clubs in the country as well that include ZPC Kariba, Triangle, How Mine and the Bulawayo giants Highlanders.

Chokrey, as many would want to call him in football circles has been credited for producing a number of goalkeepers in the country.

We Are Too Scared To Work-Doctors