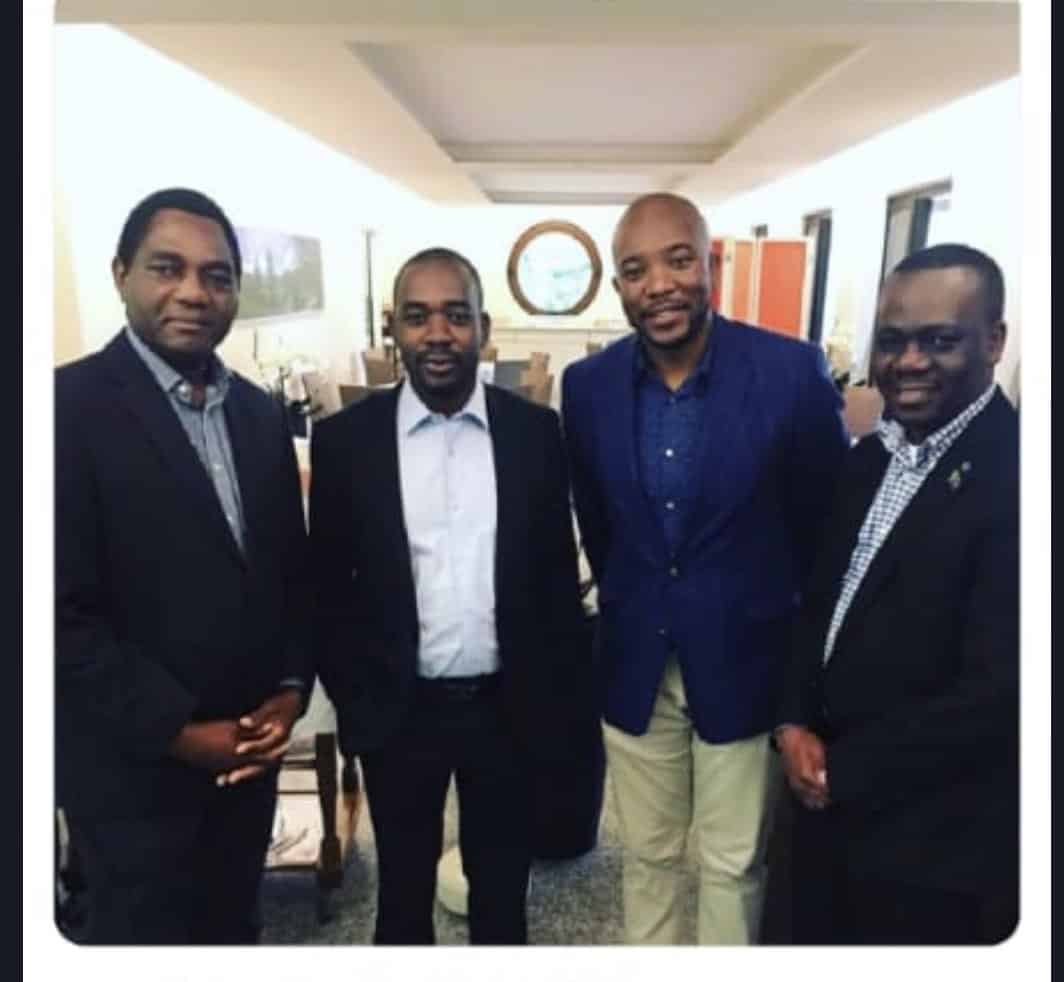 Hichilema’s victory against incumbent Edgar Lungu has excited opposition MDC-A supporters who saw his electoral success as a glimmer of hope to their movement which has been fighting Zanu PF since 1999.

Writing on Twitter, Mangwana said Hichilema as the new Zambian President will graduate from associating with opposition leaders despite his prior relationship with Chamisa.

“In the folklore of matrimonial unions, there is always that bridesmaid who is never destined to marry. She will part of a number of bridal crews but for her, the BIG Day will never come. After each wedding the newly-weds make news friends and stop communing with certain “singles”, ” Mangwana said.

Meanwhile, in a statement, MDC Alliance Secretary for International Relations, Gladys Hlatywayo, said Hichilema’s victory is a triumph for democracy in light of the growing authoritarian consolidation in the SADC region.

“This election victory is a triumph for democracy in light of the growing authoritarian consolidation as we have witnessed in countries such as Zimbabwe and Swaziland. The UPND is our sister party and we have exchanged notes over the years to further the cause of democracy and good governance in our respective nations.

“We draw many lessons from the Zambian story. Over the last few days, Zambians have engaged in an orderly and democratic electoral process characterised by high voter turnout and the respect of the will of people in line with the Constitution of Zambia, regional and international norms and practices,” Hlatywayo said.