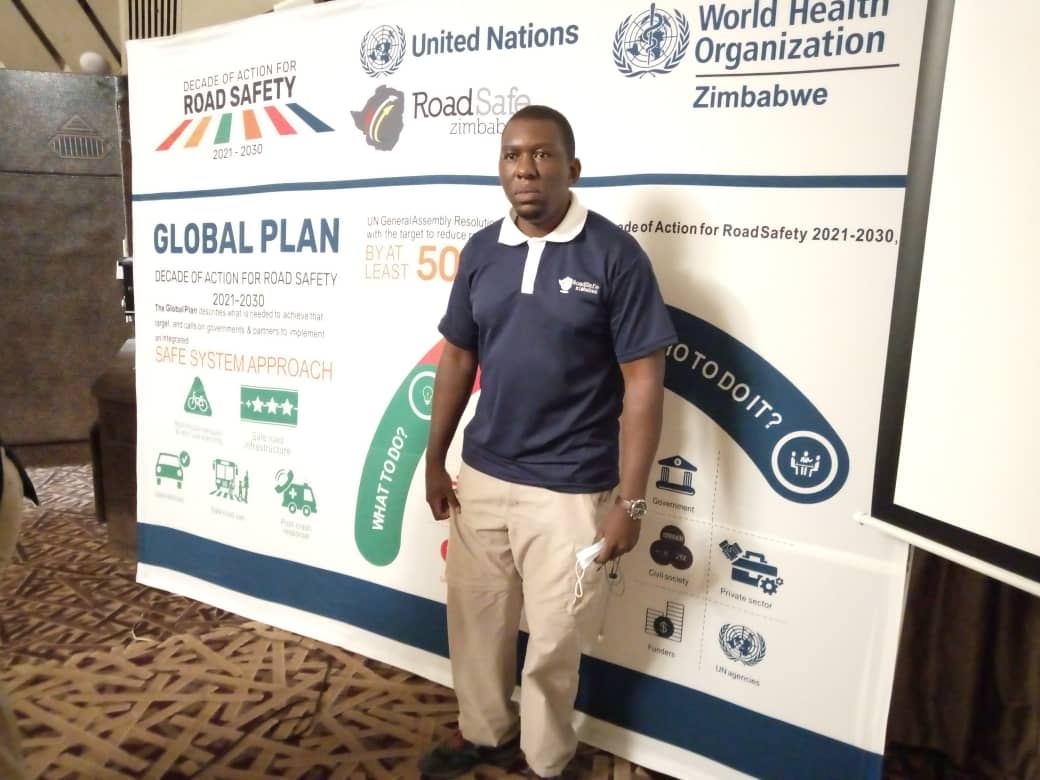 Zimbabwe road safety stakeholders have called on the Government to enact laws that will enforce measures that mitigate damage on road users in the unfortunate event of a road traffic accident.

Speaking to 263Chat during the Africa Road Safety commemorations hosted by Road Zimbabwe Trust, Sean Quinlan from the Road Users Association said there are key issues missing in the country’s laws that encourages use of seat belts, child restraints and use of LED light bars for instance.

“The understanding of the Road Users Association is that there are a number of issues where the law is silent on key issues that fall under the strategic pillars of the United Nations safer road users program particularly the fourth pillar which calls for enforcement of road safety legislation and our understanding is that key areas that are missing is under statutory instrument 129 of 2015 which is construction of road user vehicles for example there is no legislation on the use of seat belts, child restraints, use of LED light bars and that area is being heavily fined across the country.

“Two other really important areas is speed reduction, our understanding is that there is no legislation covering the use of speed measuring equipment which is basically speed guns and then on the use of breathalyzers as a means of measuring blood alcohol content so these are key areas which we are saying need to be addressed quickly and the legislation brought up to date to take into account technology such as the use of cellphones and other digital equipment” said Quinlan

“We need to lobby very much for legislation that is proper and protective legislation. We are going to point to the Government. There are promises from the Sweden declaration, UN declarations and the African Road Safety Charter. We are happy that the Government is fixing the roads through the emergency road rehabilitation program but then we need more than the roads. We need enforcement.” Nyaude said.

According to the Zimbabwe Traffic Safety Council, the country loses US$406 million annually through road traffic accidents.