To The Grave With Love: Grace Challenges Bob’s Exhumation 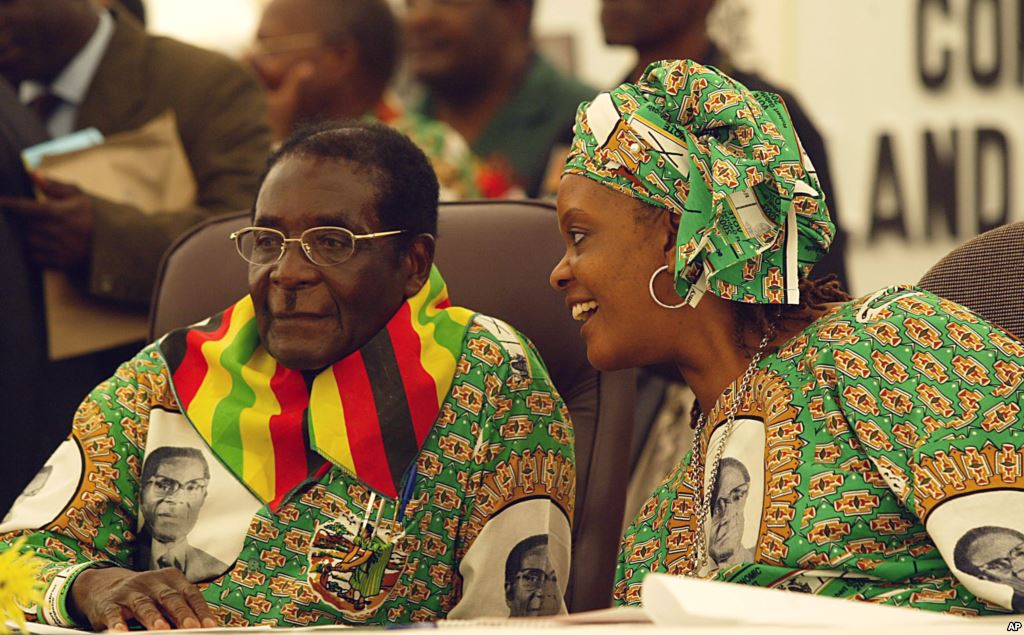 Mugabe died in a Singapore hospital on 6 September 2019, aged 95. He had been overthrown in a military coup in November 2017 which ended his autocratic 37-year rule.

In 2016, Grace told Zanu-PF supporters that Mugabe was irreplaceable and would continue to lead the country even from his grave.

President Emmerson Mnangagwa’s government wanted him to be buried at the National Heroes Acre, which is set aside for heroes of the liberation struggle against colonial rule.

However, Mugabe’s family said that before his death, he had told them he did not want to be buried at the shrine.

Last month, Chinhoyi magistrate Ruth Moyo ruled that Mugabe’s body which is entombed at his rural home in Zvimba, be exhumed for reburial at the National Heroes Acre in Harare.

This was after Chief Zvimba, Stanley Urayayi’s traditional court judgement which ordered that the body be reburied.

Mugabe’s three children subsequently moved to court. They jointly filed an appeal arguing that the chief blundered at law by making an order that overturns a burial order in respect of the burial of their late father.

In section 24 of the customary law in local courts, the appeal was instituted in chapter 7.5 as read with rule number 4 of the Supreme Court.

This prompted Grace to speak marking the first time she has taken an active role in her husband’s exhumation saga.

Grace cited Chief Zvimba and Moyo as respondents in the application.

“In a shocking and unexpected twist of events, the magistrate respondent actually upheld a preliminary point indicating that the application she had directed to be filed was improper because the deponent (Bona) had no authority to depose to the affidavit,” she said.

“Whilst it is not the cause of action herein I will mention for good measure that the decision on that preliminary point was equally wrong as I clearly gave my daughter Bona Mugabe the authority to depose to the affidavit in question on my behalf. I reserve my right to file a separate process challenging this decision,” she added

“The wrongful directive by the provincial magistrate and her clear neglect of duties is prejudicial to me in that it violates my right to equal protection before the law by allowing the irregular decision of chief Zvimba to stand when it ought not to stand at all. The exhumation order that was granted was improper in that issues of burials are governed by general law through the Burial and Cremation Act,” Grace Mugabe further stated.

Grace said the proceedings in the community court were a nullity based on improper service of summons as it appears in the judgement.

She said this so because the service of summons was irregular and that alone nullifies the proceedings at the community court.

“I wish to direct the court’s attention to the fact that this matter involves the former president of Republic Zimbabwe and to that end, it has attracted so much public attention and that puts the Zimbabwean Courts under unnecessary spotlight within the region and the world over,” she said.