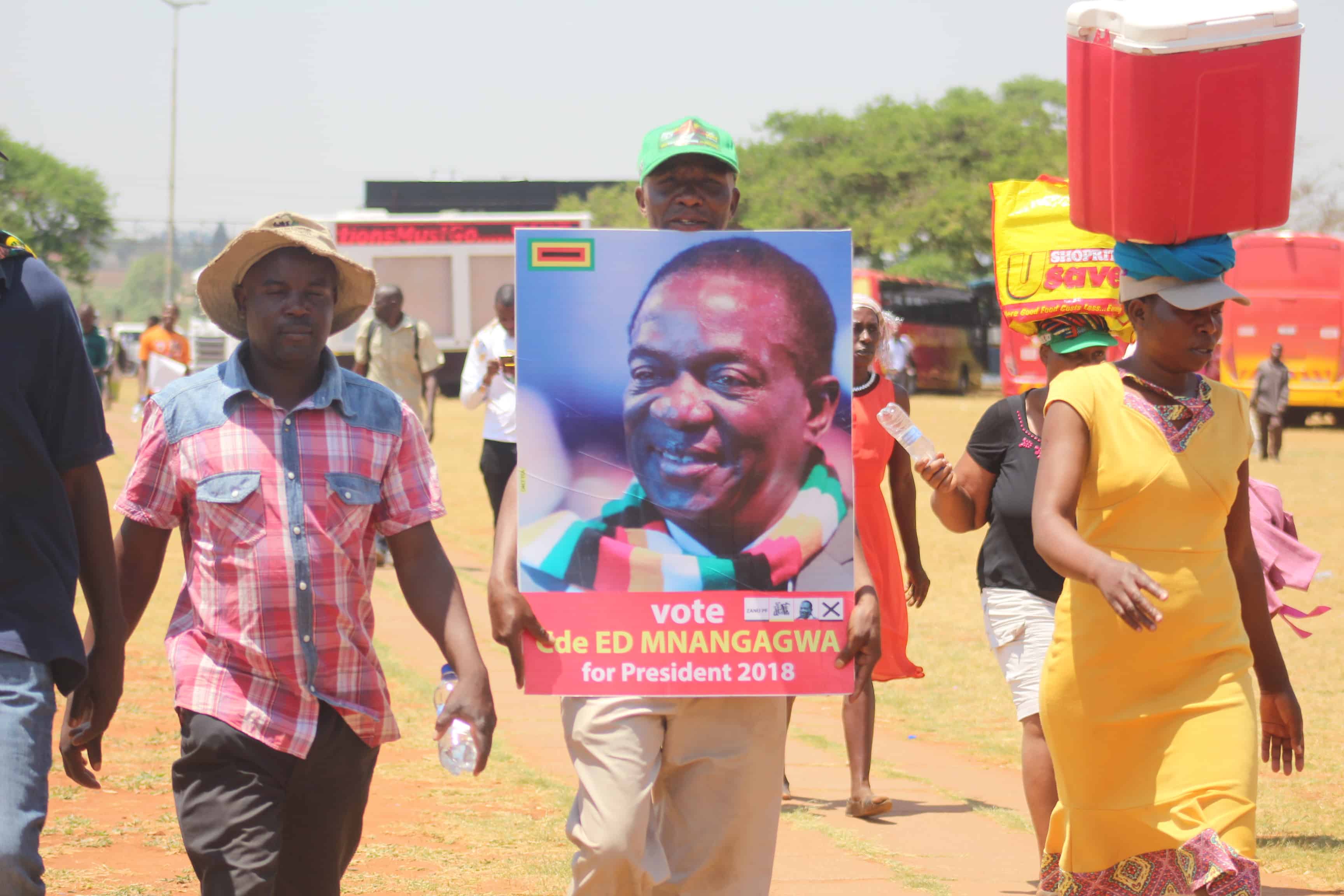 The United States government and the European Union bloc say the sanctions imposed on Zimbabwe will not be lifted unless the government implement political and economic reforms that will curb misgovernance by public officials.

The sentiments came after President Emmerson Mnangagwa and First Lady, Auxillia together with government officials today led the nation in an anti-sanctions demonstration, with the support of SADC and the AU to push the two powers to lift sanctions imposed on Zimbabwe in the early 2000s following the much disputed and highly violent land reform program.

The government has blamed the embargo for the dramatic economic turmoil facing the country especially after President Emmerson Mnangagwa took power through a military assisted transition in 2017 replacing the late Robert Mugabe.

Mnangagwa has found the going tough as strikes by doctors, skyrocketing prices of basic commodities, fuel and power shortages, as well as an unstable political environment, have threatened to derail his plan.

However, the US and EU say the President needs to show sincerity in dealing with troubles brought about by his government before sanctions can be reviewed.

“Our restrictive measures comprise of a travel ban and asset freeze against the former presidential couple, a ban for European companies to do business with Zimbabwe Defence Industries, and an arms embargo. That’s all,” the EU mission tweeted.

The U.S Embassy in Harare said Zimbabwe’s ranking on the Corruption Perception Index does not build confidence.

“Zim is ranked 160 out of 175 nations on the @anticorruption list of corruption perceptions. US$2.8billion goes missing from command agricultural subsidies and there’s no accountability. Not the way to build confidence in Zim & attract foreign business & investment. #ItsNotSanctions,” the embassy said.

According to the US government 85 individuals, including President Mnangagwa, and 56 companies or organisations are targeted by the restrictions.

Zimbabwe has received more than USD 3 billion since 1980 from the US government and this year alone, Washington has poured at least $300 million, the U.S. Ambassador to Zimbabwe Brian Nichols said early this week.

Movement for Democratic Change (MDC) leader Nelson Chamisa said the protests are part of a propaganda effort to mask the country’s “failed leadership”.

“Zimbabweans are suffering because of failed leadership, corruption, bad governance and rigged elections. Only true REFORMS and a return to DEMOCRACY will fix Zimbabwe’s woes. The rest is mere propaganda and a hopeless waste of time, effort and money. #stoplying,” Chamisa posted on his Twitter Friday morning.