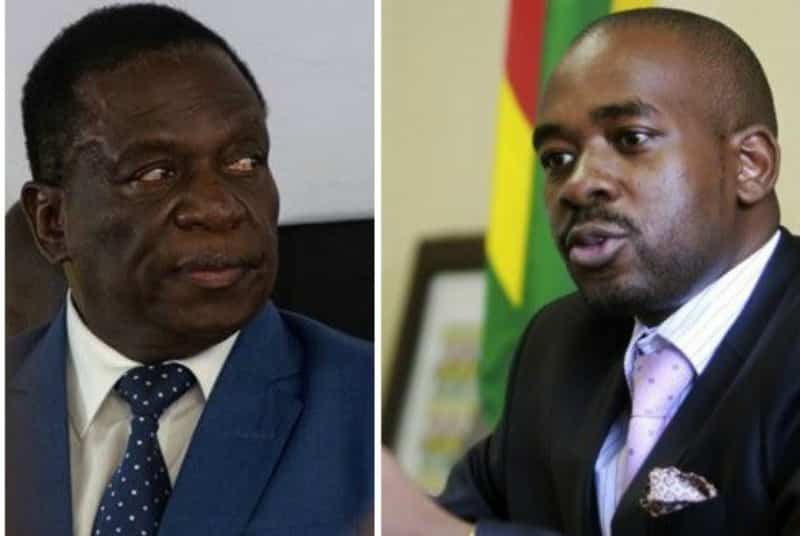 In his Independence Day speech at State House, Mnangagwa said his government remains open to investment from outsiders although his administration has done little to instil hope on investment.

“My Government is pursuing economic diplomacy for the advancement and economic prosperity of our country.

“Our arms remain outstretched to be a friend to all and an enemy of none, as we strive towards the realisation of a more peaceful, united and prosperous world,” he said.

Mnangagwa applauded the local market for responding positively to his policies which he said have contributed to the stabilization of the local currency and prices of basic commodities.

“The manufacturing sector has remained resilient to the pertinent shocks presented by the imposition of illegal sanctions, natural disasters and now the COVID-19 pandemic.

“Locally produced goods and commodities now constitute a larger share of our country’s market shelves. In line with Government’s private sector-led development, we applaud the Industry for its positive response to the Local Content Strategy.

“This is reflective of the positive national sentiments on our economic growth potential, anchored on the Second Republic’s consistent and predictable policy environment,” he noted.

The president remained bullish that his administration will see the resuscitation of strategic industries such as fertilizer, iron and steel, pharmaceuticals, textiles and clothing, leather manufacturing, as well as food and beverages.

Despite being on sanctions from western counties, Mnangagwa said his administration is targeting to penetrate international markets and be an exporter of primary products.

However, opposition leader, Nelson Chamisa castigated Mnangagwa’s government saying it has returned to the former settler regime’s repressive ways of governance which are characterised by arbitrary arrests of opposition voices and silencing of journalists.

“Four decades later, we are confronted with another threat to that Independence in the form of a minority system based on brutality, marginalisation and discrimination, impunity and persecution using the Rhodesian manual or template of repression.

“After 41 years, we have not matured into a multi-party democracy that celebrates the diversity of opinion and respects Constitutionalism. We have had one continuous Republic of violence, dictatorship and repression. The future of the Republic and its progressive development is under threat and cannot be guaranteed if we don’t change course,” Chamisa lashed.

He added that the spirit of independence must inspire present generations to keep on fighting and not despair.

“Young people stood up against the colonial regime when it seemed impossible. The fight against repression is never impossible.

“It cannot be acceptable to have the levels of poverty in our society today; the people of Zimbabwe are subjected to unpalatable suffering, living from hand to mouth. There is a need for economic emancipation; which includes opening up resources to ensure inclusive participation especially by women and the youth,” Chamisa said.

America’s YDA call on investors to tap into Sahara’s…