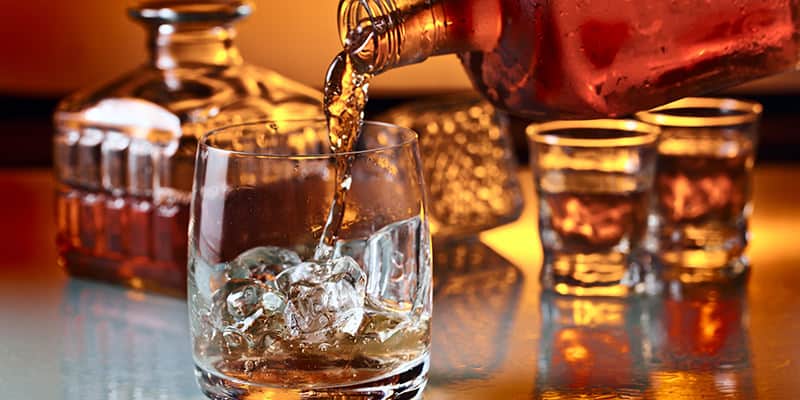 Counterfeit whiskey brands have in recent months flooded streets of Harare and other major cities across the country posing serious threat to local and other international genuine brands’ established market share, 263Chat Business can reveal.

This has also raised long term health concerns amongst market watchers who are yet to establish the implications the counterfeit whiskeys may have on imbibers.

263Chat Business understands that these whiskeys are being smuggled into the country from neighboring Mozambique, South Africa and Namibia at unrealistically low prices.

“We get this stuff from Mozambique. We buy a bottle of Best Whiskey in Mozambique for US$ 1 and sell it for US$ 5 here,” said one trader on conditions of anonymity.

He however says there is a sophisticated cartel which takes care of transportation of whiskeys into the country from South Africa and Mozambique before leaving the rest to independent distributors who then sell on the market.

The whiskeys are being sold clandestinely in foreign currency on the streets of Harare and continue to gain popularity in the wake of rising alcohol prices in the country.

It is widely believed they are stocked in huge quantities somewhere in Mbare where distributors go and collect.

But using the parallel market rate of US$ 1: ZWL$ 10, these street whiskeys cost far less in ZWL$ terms.

“Whether it’s fake of genuine we don’t care the taste is the same.This has become our trademark beer. Imagine Viceroy and other brandy we were used to drinking are costing around ZWL$ 66 and above, yet Best whiskey which is relatively smoother and finer in taste is just US$ 5, that’s something like ZWL$ 50. Why wouldn’t I be tempted to opt for Best Whiskey,” quizzed Taurai Katsvairo while sipping on some scotch whiskey.

Worryingly, some formal retail shops are now beginning to stock counterfeit supplies, buying them from the streets.

However, the biggest challenge the country faces is lack of adequate technologies to run tests that establishes the authenticity of these brands.

According to The Whiskey Reviewer.com, counterfeit whiskeys have become highly sophisticated and sometimes difficult to determine their authenticity owing to stark similarities with genuine whiskey.

Counterfeit whiskeys are therefore not a new phenomenon in Zimbabwe, and are a even much prevalent and lucrative industry in other parts of the world.

In 2017, officials at Walvis Bay in Namibia discovered and destroyed a haul of 95 000 bottles of counterfeit Johnnie Walker Red and Black Label Whiskey and Smirnoff vodka worth about US$ 1.5 million shipped from United States, Harare bound.

Government is yet to take effective measures to curb the influx of these counterfeit whiskeys which pass undetected through the country’s porous gateways.