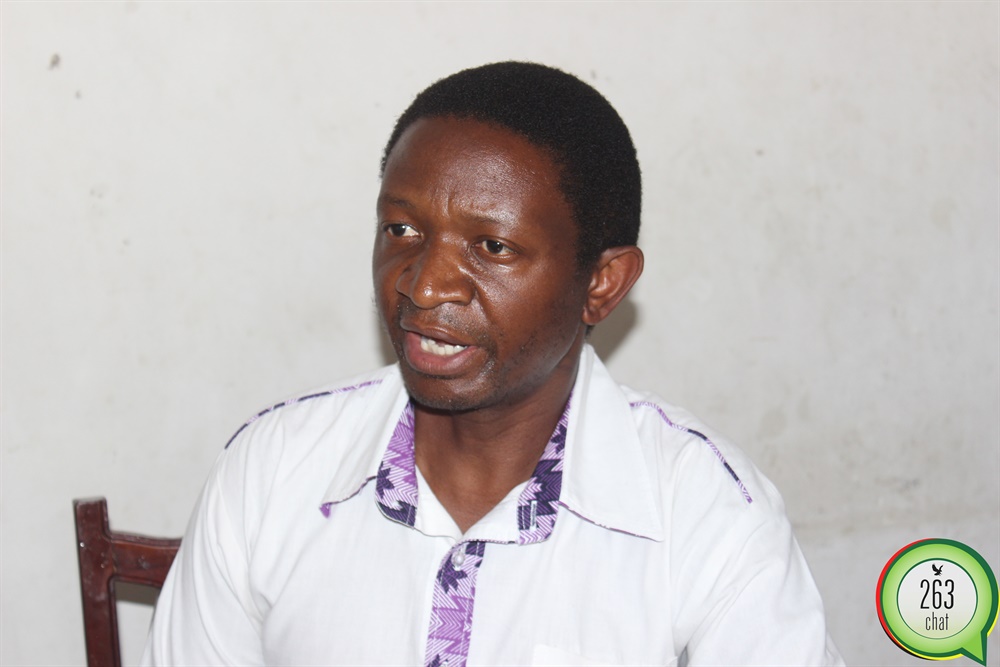 PRO-democracy campaigner and the leader of the National Vendors Union Zimbabwe (NAVUZ) Sten Zvorwadza was on Wednesday 11 October 2017 condemned to spend a second night in police custody as Zimbabwe Republic Police (ZRP) members didn’t present him before the courts after he was arrested yesterday and charged with undermining authority or insulting President Robert Mugabe.

ZRP members from Harare Central Police Station’s Law and Order Section arrested Zvorwadza at his Harare residence on Tuesday 10 October 2017 and charged him with undermining authority or insulting the president as defined in Section 33 (2) (a) (ii) of the Criminal Law (Codification and Reform) Act Chapter 9:23.

By the end of the day on Wednesday 11 October 2017, ZRP members had not taken the NAVUZ chairperson to appear at the courts for remand proceedings.

ZRP members claim that the 47 year-old Zvorwadza, who is represented by Jeremiah Bamu of Zimbabwe Lawyers for Human Rights (ZLHR) undermined authority of or insulted President Mugabe when he granted an interview to the Daily News, a local national daily newspaper, in which he allegedly stated that the ZANU PF leader was day dreaming, old and a dead man walking.

In an article published on Monday 09 October 2017, the Daily News quoted Zvorwadza dismissing utterances by President Mugabe who told his ZANU PF party supporters in Harare on Saturday 07 October 2017 that the government would drive out some informal sector traders from operating in the central business district.

Meanwhile, in Chiredzi, the trial of 32 year-old Zephania Virimai, who is charged with undermining police authority as defined in Section 177 (b) of the Criminal Law (Codification and Reform) Act Chapter 09:23 continued on Wednesday 11 October 2017 before Chiredzi Magistrate Tafadzwa Mhlanga.

Virimai, who is represented by Blessing Nyamaropa of ZLHR and who pleaded not guilty when trial commenced last month was arrested on 01 August 2017 for allegedly insulting some ZRP members, whom he accused of depositing funds collected from members of the public through corrupt means.