Former Health and Child Care minister Dr David Parirenyatwa’s trial has been postponed to the 10th of April following a request by his defense to have the record transcribed.
Parirenyatwa is answering to charges of criminal abuse of office in a case in which allegedly gave NatPham an order to hire Newman Madzikwa as its director.
James Makina and Advocate Deepak Mehta, representing Parirenyatwa said that they want the record transcribed in order to help them cross examine and proceed properly.
Prosecuting Brian Vito alleges that Parirenyatwa on June 4, 2018 ordered NatPharm board chairman, Dr George Washaya, to terminate Flora Nancy Sifeku’s contract as managing director saying he required her services at his then Ministry.
He later directed Washaya to appoint Newman Madzikwa as the acting managing director.
The court heard that Natpharm board complied with the directive resulting in Sifeku and Madzikwa both being given six-month contracts with effect from June to November 30, 2018.
This allegedly resulted in NatPharm paying two salaries concurrently to Sifeku and Madzikwa for the managing director’s position, thereby prejudicing the company of $30 000.
Parirenyatwa is out on $500 bail coupled with stringent bail conditions and will appear on February 12 for continuation of trial.

ALSO ON 263Chat:  Govt to roll out mandatory bio fortification
Share this article

Opposition party in an attempt to stop 2023 elections.

Opposition party in an attempt to stop 2023 elections.

Zanu-PF Leaders To Get Sinopharm Vaccine 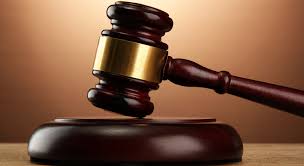