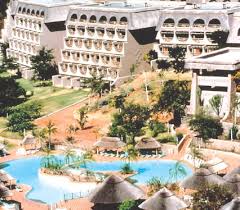 Players in the country’s hospitality industry are gradually recovering from the impact of the COVID-19 pandemic which had practically brought the sector to a standstill due to international movement restrictions.

The year 2020 was a difficult year for hoteliers after President Emmerson Mnangagwa twice announced hard lockdowns last year and another beginning of this year as part of efforts to curb the spread of the virus.

However, the easing of lockdown measures and the current vaccination exercise has brought renewed hope of better prospects going forward.

This past week, two of the country’s biggest hospitality firms listed on the Zimbabwe Stock Exchange (ZSE) – Rainbow Tourism Group (RTG) and African Sun published positive financial reports for the half year to June 2021.

RTG posted revenue of ZW$706 million, 53 percent above ZW$462 million recorded during the same period in 2020.

The group said occupancy for the period under review closed at 24 percent which is 4 percent above prior year.

The Group was largely reliant on domestic tourism due to restrictions on international travel.

At the same time, African Sun recorded occupancy of 24 percent, a 2-percentage point improvement from the 22 percent achieved in the 2020 comparable period.

“The company’s inflation adjusted revenue for the 6 months, at ZW$ 1, 15 billion, grew by 20 percent compared to prior year driven by the marginal growth in occupancy and a firm Average Daily Rate (“ADR”),”

In November 2020, the government detailed plans to create a US$5 billion tourism industry by 2025 anchored on domestic tourism, regional promotion, destination branding and image transformation, and international tourism promotion.

However, owing to inflationary developments in the country, hoteliers are battling to contain high operational costs in order to realize sustainable profit margins.

“The improvement in gross profit margins is attributable to cost reduction measures that were put in place to lessen the effects of low business volumes. The Group was in a cost reduction mode during normal business and achieved successive cost reductions year on year since 2013,” said RTG.

Technological innovation managed to sustain players in the industry since the advent of the pandemic creating fresh revenue streams.

“The Group is transforming its business to be technology driven in all aspects. This will be anchored by the Gateway stream web and mobile platform. The Group will continue to explore the various opportunities presented through its digitization initiatives. Through the Gateway Stream, the Group will provide a unified global diversified commercial ecosystem, one that creates ownership of markets with multiple residual cash flow streams,” said RTG.

The on-going vaccination drive has led to a gradual re-opening of world travel as well as domestic tourism which are likely to increase business and revenue in the hospitality sector.

Already, there has been a massive booster following the return of global and regional airlines into the country that will improve international arrivals.