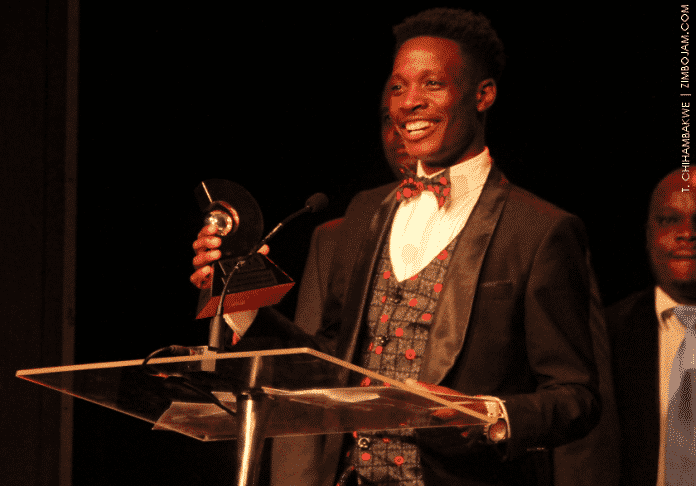 Partnerships between organisations and key individuals in the community have been a cornerstone of many successful ventures in Zimbabwe, and MultiChoice Zimbabwe has been one organisation that has sought such partnerships across the whole spectrum of the arts and entertainment field.

Among the people who have made a difference in this field have been a selection of leading filmmakers, each of whom has been creating a niche in the local film industry. One of them is Shem Zemura, who sees film as a means of ensuring that Zimbabwe’s rich cultural heritage of storytelling is stimulated and enhanced. He has recently become closely involved with the MultiChoice Talent Factory initiative, which sets out to increase the pool of skill available to Africa’s film-making community and to increase the quantity and quality of film and television production across the continent.

Zemura is an award winning filmmaker who was born and raised in the Uzumba Maramba Pfungwe district of Mahonaland East, who “fell in love” with the arts while in primary school. At Machekera Primary School he performed in plays and was a member of the traditional dance team. While in high school at  Albert, a school for refugees in Johannesburg, he directed and played lead role in a play that was staged at the Hillbrow Theatre.

“The success of the play qualified our school for the Inner City Drama Festival, which we dominated, winning several awards,” he said.

“This was the first key highlight of my journey as an artiste and I owe it to Dr Bishop Paul Verryn, the founder of the refugee school I was attending at the time.”

In 2014 he moved back to Zimbabwe to work with his brothers, Nick and Michael, and it was then that his career as a filmmaker took off. That year he made the film My Lady, about a man who falls in love with a university student working as a prostitute to pay for her education. The film was nominated for three Nama Awards.

“ This comedy was a big success and it marked a new era in the TV industry. ZAMPS rated it as the most watched TV show in 2016, beating prime time news. It was nominated for various awards. Later that year we introduced a new TV series, Muzita RaBaba, which Nick directed in 2016, Michael in 2017 and I in 2018.”

“In 2018 we successfully made two movies, Kushata KweMoyo and Death And Other Complications. Both were nominated for NAMA Awards in 2018 and 2019 respectively. Kushata KweMoyo won two awards: Best Feature Film and Best Actor. The movie is at present nominated for three awards, including Best Production, Best Actress and Best Editor, at the Lake International Pan-African Film Festival being held this month in Kenya.

Speaking about the MultiChoice Talent Factory initiative that is now in its second year, Shem is enthusiastic about its purpose and the results already being seen.

“The name says it all;  factory for talent. That’s definitely something that every Zimbabwean filmmaker must take advantage of, given the needs for skills and film schools. The MTF Academy has come at a good time, when Zimbabwe is ready to tell its own stories, with Zimbabweans shaping the Zimbabwean narrative.”

He believes the local film industry has a need for a bigger skilled creative workforce, with a great deal of potential talent that needs to be nurtured.

“The MTF Academy for Southern Africa, situated in Lusaka and with 20 students from the region in its second annual class, gives this talent an opportunity to hone their skills and learn the business of film and television. This is important for the growth and sustainability of Zimbabwe’s film and television industry.”

Shem said it would be even better to increase the number of Zimbabweans being exposed to the training provided by the MTF Academy.

“The Academy could also introduce programmes that students can pay for, giving wider access to more people in the industry.”

He has been active in encouraging industry professionals to take advantage of the MultiChoice Talent Factory online portal, another feature of MultiChoice Africa’s MTF initiative.

“The MTF portal is the ‘Facebook’ for African creatives, creating an opportunity to network and collaborate across borders. This is definitely something that Zimbabwe needs if it is to expand the amount of Zimbabwean skills and content available locally and internationally,” he said.

He was impressed with the recent film screened in Harare that was created by students from the first year class in the MTF Academy in Lusaka.

“The quality of this film, Savannah Skies, is evidence that having more and more Zimbabwean students attending the Academy will result in an increase in the quality and quantity of local films,” he said.

“I am sure we shall soon see many more collaborations between Zimbabweans and filmmakers from other African countries, and I really hope we see more and more Zimbabwean films on Multichoice platforms like Zambezi Magic and other channels.”

Shem is at present hard at work on several projects.

“A film called Stay With Me is in the final stage of post-production,” he said.

“It’s a movie that explores the lives of Zimbabweans living in diaspora, shot on location in the USA.”

Kudzamara Rufu is currently in production, featuring the legendary Jessesi Mungoshi of Neria and Muzita RaBaba, as well as Stephen Chigorimbo(Cry Freedom). Thicker, a crime thriller set against the backdrop of xenophobia and drug wars, is scheduled to be shot in South Africa in March and April next year, as a collaboration with Bacoliwe Mthupa.

The sky is the limit for Shem in coming months and years.

“I have always been passionate about telling African stories to the world, but that has not been easy given the political, legal and economic environment in Zimbabwe,” he said.

“I believe my future role in the industry is to help establish a better creative, legal and political environment for the future generation of filmmakers in Zimbabwe, so that they are able to tell our stories better and reach out the whole world.

“I would like to create a bridge across all borders in Africa and across the world so that Zimbabwean content can shine and be visible, through the production of high-quality, cross-border collaborations and we must invest in our arts despite all the economic hindrances.”