Sniper Vows Not To Drop Military Wear Despite Risks 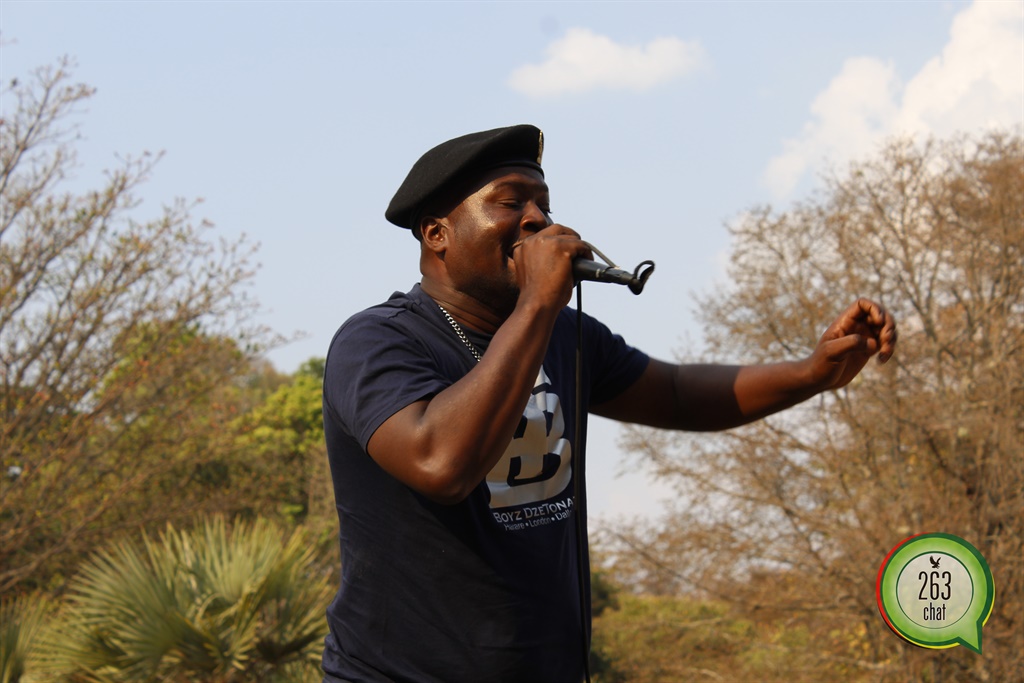 Association with army branding has in recent times proved to be a bone of contention between artists and their audience  following the August 1, 2018, shootings and this year’s January killings that left a number of people dead at the hands of the  security forces.

Jah Prayzah, who was very popular at the time for his association with the Zimbabwe Defense Forces (ZDF), had to abandon wearing camouflage on stage or calling his fans Masoja (soldiers). Since the incidents, music lovers became very hostile to any content associated with the army forcing artists like  Jah Prayzah to even scrape some of his songs off the stage playlist.

But, Sniper who rose to prominence in the early 2000s, way before Jah Prayzah, and was popular with the title The General while always referring to his audience as Masoja, says he still carries his military gear as extra wear to shows and decides on arrival at the venue whether or not to wear it.

“One thing is certain, nothing will ever change about me being called The General, I will always be The General!

“The thing is people love different things, some people love me as The General and some no longer want to hear about that title. This leaves me in a position where I am forced to maintain my identity and decide after assessing my audience which way to go.

“Just recently at the Zimdancehall versus Sungura gig in Dzivarasekwa, I carried my full military gear and on arrival, wearing my casual clothes, some people asked about my military boots. I later decided to wear the boots and people went wild,” said Sniper.

He emphasised that he will maintain his identity and will continue to wear broken military gear on stage.

“Nothing about my identity will change, but just to avoid misunderstandings I will choose to wear either a beret only from my whole gear or just the boots,” said Sniper.

Welshman In Pole Position, Battle Narrows Down To Biti, Komichi

We Have Given Up On ED-Mbare Youths