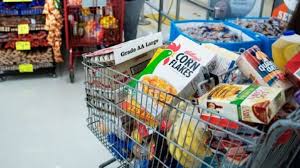 There is a tide of mobile apps usage in much of Sub-Saharan Africa since the advent of the COVID-19 pandemic less than two years ago, and Zimbabwe is relatively riding along.

Not to say the journey so far has been smooth sailing, there have been challenges along the way and many a multi-faceted ones are still being encountered.

It analyzed over 750 million app installs and three billion remarketing conversions and discovered that African mobile app market continues to post strong gains as more and more people are accessing goods and services online than ever before.

Perhaps this is also attributed to the continent’s predominantly youthful population that is keen on adopting technological developments.

eCommerce installs in Africa grew by 16 per cent in second quarter 2021. During the period under review, iOS grew 33 per cent increase, and by comparison, retail app installs on Android haven’t changed.

Despite Android’s dominance in Sub-Saharan Africa, downloads marginally increased by five per cent between May and July of 2021.

The positive news is that while retailers are witnessing more customers from mobile apps, telecommunication companies in the region are also making revenue.

Narrowing it down to Zimbabwe, retail spending via mobile app is difficult to cumulatively gauge using statistics, but however, there is positive news where some companies have decided to adopt e-commerce.

In the Group’s Half Year 2021 results, it announced that it had posted satisfactory performance indicating that it had a future market and it expanded its product offering as well as engaging in strategic partnerships in Zimbabwe and Africa at large.

A notable highlight during the period was the launch of an album by one of the top artists in Zimbabwe exclusively on Gateway Stream Music resulting in more than 20 000 additional subscriptions.

Another smart mobile retail app is Simbisa Brands’s Dial a Delivery which has been fast growing more so since the COVID-19 restrictions on people movement came into force.

Many people subscribed to shopping mobile apps for easier shopping and house delivery to avoid the hustles of travelling.

The fast food giant said customer counts grew 8 percent during the year ended June 2021, thanks to an up scaling of delivery services through Dial-a-Delivery.

The delivery business, Kutuma Kenya Limited, grew steadily, with the business registering a 29 percent increase in deliveries in FY2021 versus FY2020.

Then of course there are conventional problems associated with high cost of both data and smartphones that continues to pose challenges to e-Commerce in Zimbabwe and across the African continent as a whole.

But to avert the stumbling blocks of high data costs, smart partnerships between telecommunication companies and retailers can yield win-win situations as the case with Gateway Stream and some mobile network companies who have scrapped data costs to access its platform.