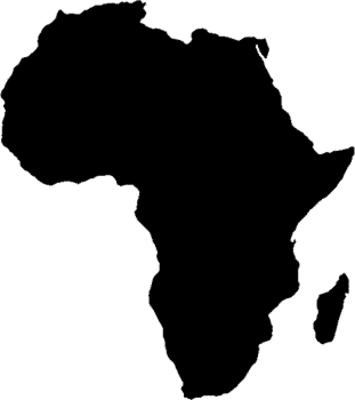 The international economy has always been characterised by the specialization of particular countries in distinct branches of production, whether this be in certain products, or in selected parts of the production process.

The International Division of labour is more precisely defined as the specialization of particular countries in distinct branches of production, whether this be in certain products, or in selected parts of the production process. The concept suggests that the spread of markets and production processes world-wide creates (as indeed this same process has done within particular economies) a growing differentiation of economic activity. However, whereas in orthodox economics the division of labour as such is seen as providing mutual benefit for these specialized branches of activity, alternative analyses of the international division of labour stress the inequalities and structured hierarchies which it creates.

This has seen regions such as Africa being incorporated into the world economy principally or solely as suppliers of minerals and agricultural commodities. This demonstrates how Africa is being drawn into this division in a subordinate manner and this subordination has its own consequences. But why is Africa in such a position?

The answers are available but barely examined or addressed. To begin with Africa is entangled in the international labour division due to its focus on Agriculture. Agriculture is by far the single most important economic activity on the continent. It provides employment for about two-thirds of the continent’s working population and for each country contributes an average of 30 to 60 percent of gross domestic product and about 30 percent of the value of exports. However the sector faces major obstacles that limit the success of small-scale farming in Africa including climate, lack of adequate technology and education, poor financing as well as policy and infrastructure, leading to a situation where smallholder farmers in Africa are still among the poorest in the world. Agriculture has proved not to be sustainable in Africa, a continent that imports 90 per cent of its agrochemicals, which most of the small- scale farmers cannot afford. This is why it is not surprising that Africa has become a net importer of food and of agricultural products, despite its vast agricultural activities.

There is need for Africa to extract greater value from their resources and become producers of products rather than net exporters of raw materials as a way to drive economic development.We need to take notes from others: Multinational firms from Europe, North America and more recently China still dominate the extraction and refining of most of minerals mined in Africa with minimal roles for African firms. From these minerals, foreign manufacturing firms produce consumer and industrial goods for sale in global markets at much higher prices than what’s paid for the raw materials.

It is no doubt that from a Macro perspective of the global economy, Africa’s future remains hanging in the balance. What Africa needs to remember is that value creation determines the position and power of countries within the international division of labour as it evolves hence any remedies need to begin on that realisation.  There is a pressing need to work towards strengthening opportunities for value addition as a way to contribute towards major continental priorities such as eradicating poverty and hunger, boosting intra-Africa trade and investments, rapid industrialization and economic diversification, sustainable resource and environmental management, and creating jobs, human security and shared prosperity.

Rumbidzai Tyra Mhakayakora is a student of Msc Politics and International Relations with the University Of Zimbabwe . She writes here in her personal capacity.

Amid war and instability, why the Ethiopian election matters